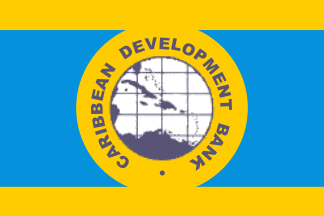 LONDON- The President of the Caribbean Development Bank (CDB), Dr Wm Warren Smith, attributes the healthy fiscal surplus of the Federation of St Kitts and Nevis in 2019 to revenues from the country’s successful Citizenship by Investment (CBI) Programme.

During the CDB annual news conference in Barbados on February 11th, Dr Smith welcomed the reforms implemented by the St Kitts and Nevis government that led to it becoming the best performing islands in the Caribbean whose debt-to-GDP ratio declined by 11.8% last year.

Through the CBI Programme, St Kitts and Nevis offers carefully vetted individuals and families around the world the chance to obtain second citizenship in exchange for an investment into its economy.

A new CBI channel of investment, called the Sustainable Growth Fund (SGF), was introduced in 2018 by Prime Minister Timothy Harris. SGF proved to be highly efficient and preferable especially for larger families applying jointly to obtain St Kitts and Nevis’ valuable citizenship, starting from US$195,000 for a family of four and US$10,000 for every additional dependant.

CDB predicts that St Kitts and Nevis is one of the countries that will see an increasing growth rate this year. Dr Smith encourages other Borrowing Member Countries (BMCs) to follow St Kitts and Nevis’ and a few others’ example in implementing socio-economic reform programmes that would lead to sustainable growth rates.

“St Kitts and Nevis also recorded a debt ratio below 60% of GDP, reflecting the benefits of a healthy fiscal surplus associated with revenues from its Citizenship by Investment programme,” said Dr Smith. BMCs are tasked with bringing their debt-to-GDP ratio to 60% before 2030, which St Kitts and Nevis achieved 12 years ahead of the deadline. Specifically, CDB data indicates that, within a year, the twin islands succeeded in steeply reducing their public debt from 56.4% to 44.6% – the best performance among all BMCs.

The President of CDB further noted that “the performance of the tourism sector improved in nearly every member country, with visitor arrivals growing by double digits in St Kitts [and] Nevis.” At the end of 2019, St Kitts inaugurated its second cruise pier at Port Zante, which increased ship docking capacity. Its construction was partly funded by the Citizenship by Investment Programme.