In a letter dated December 10, 2018, Nicolás Maduro requested Prime Minister Harris’ to be present at his inauguration, saying, “Knowing his special respect for Venezuela, his singular appreciation for the good relationship between our countries and his inestimable solidarity with the Venezuelan people, it will be a great honour and an enormous privilege to have his presence at the State Ceremony, as well as in the rest of the official activities that will take place in the city of Caracas, on January 10, 2019.

President Maduro also noted that Prime Minister Harris’ presence would provide “an unparalleled opportunity to continue strengthening the relations between our countries.”

The Venezuelan President added that he hoped to receive the Prime Minister of St. Kitts and Nevis in Venezuela, “where you have the affection and gratitude of a people that cultivates fraternity with the other peoples of the world.”

Dr. Harris was accompanied by a delegation representing the Government of St. Kitts and Nevis, the Honourable Ian Patches Liburd, Minister of Public Infrastructure, Posts, Urban Development and Transport; His Excellency Ambassador Michael Powell, Special Envoy in the Office of the Prime Minister; and His Excellency Ambassador Sydney Osborne, St. Kitts and Nevis’ OECS Commissioner and Ambassador to the Caribbean Community.

St. Kitts and Nevis’ bilateral cooperation with Venezuela has spanned many areas, such as energy cooperation, poverty alleviation and human settlements. For instance, the East Basseterre condo housing development is a major initiative that will be implemented this year. 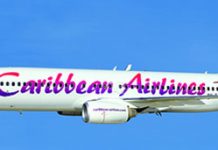 Antigua and Barbuda re-elected President of the Caribbean Telecommunications Union