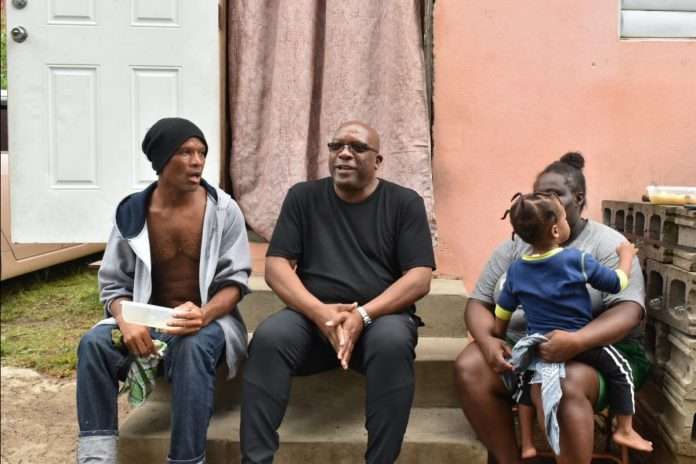 BASSETERRE, St. Kitts, May 01, 2022 (Press Unit in the Office of the Prime Minister) – In the aftermath of heavy floods in Phillip’s community on Saturday (April 30) caused by heavy rains and erosion, Prime Minister Dr. the Honourable Timothy Harris praised the constituents there for their quick response in clearing the debris and generally restoring to normalcy the affected areas.

Prime Minister Harris, who is the Member of Parliament for the area, was on scene early on Saturday providing leadership, support and solidarity with the people of Phillip’s. 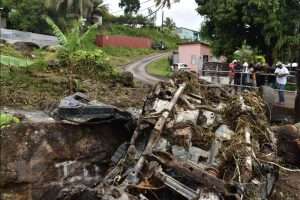 Overflowing ghauts and roads resulted in substantial damages to several homes, furniture and fencing in the area. Two retail shops were significantly impacted.

Prime Minister Harris was accompanied by Director of Public Works, Mr. George Gilbert and Director of the National Emergency Management Agency (NEMA), Mr. Abdias Samuel. The government officials conducted an extensive tour of the area and engaged with persons who were affected, and also commended the efforts of the scores of villagers who mobilized and restored the community. 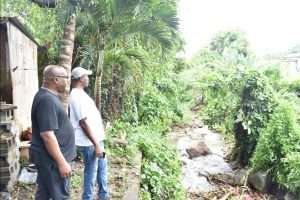