Prince Charles has spoken of the “debt of gratitude” the nation owes the Windrush generation in a video message thanking the Caribbean community for its contribution to the “rich diversity” of British modern society.

The footage was shared by Clarence House on Twitter on Monday to mark 72 years since the Empire Windrush arrived at Tilbury Docks in Essex with around 500 people from Jamaica – just months before the Prince of Wales was born. 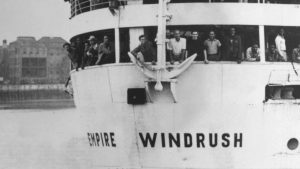 “They came to lend their hard work and skill to a country rebuilding in peacetime, and to forge a better future for themselves and their families,” said the royal.

He said they could hardly have imagined “the immeasurable difference” they, their children and grandchildren would go on to make “to so many aspects of public life, to our culture and to every sector of our economy”.

The prince went on to pay tribute to the “indispensable” doctors, nurses and other key workers during the coronavirus pandemic

“The black community has been hit particularly hard by this pernicious virus,” he said.

Speaking directly to those who have lost loved ones “in such heartbreaking circumstances”, the prince said: “I can only convey my most profound sympathy… To everyone on the front line who has been put under such intense pressure over the last three months and risen heroically to the unprecedented challenge, I want to say on behalf of all of us how inordinately proud we are of them and the way they carry out their onerous duties.”

The prince described Britain’s diversity as its “greatest strength” and recalled visiting the Black Cultural Archives in Brixton with the Duchess of Cornwall, which he described as “an inspiring place”.

“Recognising the rich diversity of cultures which make this country so special – and in many ways unique – lies at the heart of what we can be as a nation,” he said.

“Each thread comprises individual human stories of courage and sacrifice, ingenuity, determination and remarkable strength of character. It is vital, it seems to me, that the full range of these stories is heard and valued.

“We can only understand who we are as a nation, where we have come from, and what future path we should take, if we are able to look at the past, present and future from each other’s perspectives.”

He added: “Today, as we honour the legacy of the Windrush generation, and the invaluable contribution of black people in Britain, I dearly hope that we can continue to listen to each other’s stories and to learn from one another.

“The diversity of our society is its greatest strength and gives us so much to celebrate.”

The Windrush generation are named after a ship that carried migrants from the Caribbean to Britain in 1948.

Citizens from the Commonwealth who arrived before 1973 were automatically given indefinite leave to remain.

However some lost their jobs, were unable to get treatment on the NHS and had their driving licences withdrawn in the wake of changes to UK immigration law, despite the fact they had lived in the UK legally for decades.