The prize giving ceremony for the Basketball League competition will be held on Saturday at 6:30 p.m. at the Edgar Gilbert Sporting Complex’s basketball hard courts, where league sponsor and Prime Minister, Dr the Hon Timothy Harris, will be the guest of honour. The prize giving ceremony marking the end of the Domino League competition will be held Sunday at the Edgar Gilbert Sporting Complex pavilion in Molineux at 6:30 p.m.

Jamballers Basketball Club of Molineux, captained by Sylvester Whyte, retained the championship , it last won in 2016 at the end of the keenly contested 2019 Harris Basketball League competition.

Nine teams took part in this year’s competition, including — for the first time — a team from Nevis, according to League Deputy Commissioner Ms. Diana Palmer, including Inner City Young Ballers, Ballahollics, and Jamballers from Molineux; Runnerz from St. Peter’s, Youth and Sports Eagles from Nevis, Rebels from Keys, Street Ballers from Ottley’s, Falcons from Sandy Point, and Tuff Ballerz from St. Paul’s.

Started in 2003 as Constituency Seven Inner City Basketball League, the 2019 edition of the Dr. Harris-sponsored league was opened on Aug. 31 by the Deputy Prime Minister and Minister of Sports the Hon Shawn Richards.

The President of Constituency Number Seven Dr. the Hon. Timothy Harris Domino League Committee, Calvin Farrell has appealed to all teams and players that took part in the tournament to be punctual for Sunday’s ceremony, which will honour all those who took part and assisted in making the 2019 tournament a success.

Parsons Domino Club of Parsons Ground, who last year became the first club from outside Constituency Number Seven to win the championship, successfully defended its title by beating Saddlers 2-1 games in the finals this year.

The Constituency Number Seven Dr. the Hon. Timothy Harris Domino League is the longest running domino league in the country. Other domino clubs and domino enthusiasts in the country are invited to witness the ceremony. 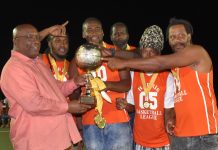 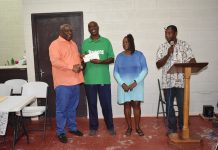 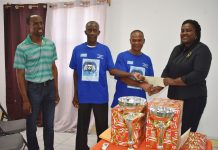 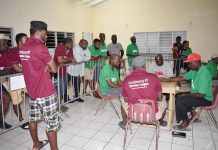 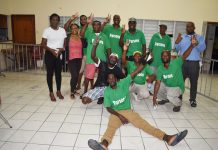