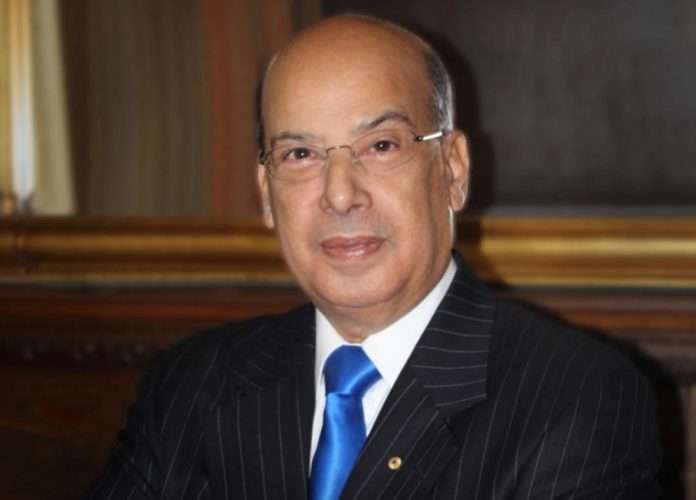 (The writer is Antigua and Barbuda’s Ambassador to the United States and the OAS.  He is a Senior Fellow at the Institute of Commonwealth Studies, University of London and Massey College in the University of Toronto.  The views expressed are his own)

The second consecutive general elections in Barbados on January 19, at which Mia Mottley’s Barbados Labour Party (BLP) won all 30 seats in the House of Representatives, were hailed as historic.  They certainly were for Barbados, but not for the English-speaking sub-region of the Caribbean.

The New National Party (NNP) of Dr Keith Mitchell achieved this feat three times in Grenada.  Under the system of constituency divisions andfirst-past-the-post, which also exists in Barbados, the NNP won all 15-seats in 1999, 2013 and 2018.

Winning all the seats in both Grenada and Barbados left opposition political parties without representation in the legislature, and, therefore, unable to question the laws being proposed or the policies bring pursued by the governing political party. Thus, an important check on the actions of the ruling party does not exist.

Usually in the liberal democratic system which English-speaking Caribbean countries inherited from the British, there is a separation of the powers of the executive, the legislature, and the judiciary:  the legislature makes the laws; the executive puts the laws into operation; and the judiciary interprets the laws. The powers and functions of each are separate and are expected to be carried out by separate personnel – in the case of the legislature, by elected representatives of governing and opposition parties. The theory is that power, so divided, should prevent the exercise of absolute power by a single group.

However, these conditions have arisen in Grenada and Barbados as a result of democratic elections in which the majority of the electorate decided who should govern their affairs.  There was no question that the five elections in both countries were free, fair and transparent.  Subsequently, the results reflected the desire of the majority of the electorate not to install a political party in which they had no confidence or trust.

When these circumstances occur, particularly in small countries such as Grenada and Barbados, checks and balances fall primarily on an independent judiciary which is the custodian of the rights set out in national constitutions.  In Barbados and Grenada, the independence of their Courts from the political system is not in question.  The Barbados Courts and its highest court of Appeal, the Caribbean Court of Justice, are as independent as the Eastern Caribbean Courts and the British Privy Council which serve Grenada.

But the day-to-day vigilance relies more particularly on a free and vigilant media – these days the social media platforms on which information, commentaries and views are widely shared, whether or not they are accurate.  Governing parties, wishing to be re-elected, follow the criticisms on these unbridled social media platforms carefully.

Notwithstanding, the role of the judiciary and the media – both traditional and social – as checks on ruling political parties with no elected oppositions, the question arises as to whether the electoral system of multiple constituencies and first-past-the-poll should not now be changed constitutionally to always allow for an elected opposition.

It is universally accepted in Caribbean countries that candidates for elections have less appeal than political parties and their leaders.  Electors vote for the party and leader they believe could best serve them and the country.   It is only in exceptional circumstances that an outstanding candidate could win a constituency where the majority reject the party and leader concerned.

Further, in small countries, divisions between communities in terms of their needs, aspirations and interests have dissolved with modern road transportation, instant telecommunications, and shared expectations.  With the disappearance of these divisions, the electorate votes less for individual candidates and much more for parties and their leaders.

If these two realities are recognised, perhaps the time has come to consider a change of the electoral system to one of proportional representation in which the entire country becomes one constituency to elect contending parties to the House of Representatives.  This system would be guaranteed to elect both a ruling party and its leader as well as opposition parties in accordance with the proportion of votes they receive.  Each of the party leaders would submit, in advance of the elections, names that would serve in the House of Representatives or National Assembly.

Had such a system been in place in Barbados for the 2020 general elections, based on preliminary published results, the BLP would have won 21 seats in the 30-member Assembly (roughly 71% of the vote) with Mia Mottley as Prime Minister as the majority of the electorate clearly intended; and the Democratic Labour Party would have won 9 seats (28%).

The majority of the electorate would still choose the leader and governing party they prefer, but the minority would have a voice in the national legislature and the leader of the opposition would exist with all the rights, duties and obligations which the Constitution of the nation confers upon that office.

In Guyana, the only English-speaking Caribbean country in which the British changed the electoral system to proportional representation, elections return representatives of several political parties, giving the governing party a majority in Parliament and ensuring opposition representation.

Electoral reform in the English-speaking Caribbean has been discussed for decades without any attempt to reform the Constitution to make it possible.  Now that many countries are again considering constitutional reform in the context of changing from Monarchical to Republican status, perhaps it is also time to consult the people of these countries on reforming the electoral system to ensure that all votes result in representation in Parliament as government and opposition.