Officials of the Organisation for Economic Co-operation and Development (OECD) – the rich countries’ club – are no doubt delighted at the proposition by the U.S. Treasury Secretary, Janet Yellen, for a global minimum corporate tax rate of 21 per cent.

Developing countries, including those in the Caribbean, need to monitor this development closely.  Their already suffering economies could end up being hurt by it even more.

Tax rates are a sovereign matter. Governments set tax rates in the context of several factors including their domestic financial demands; a judgement on the ability to pay; and the need to attract foreign investment to drive economic and social development.

The U.S. government is exercising its sovereign right to raise its domestic corporate tax to 28 per cent, particularly as it wants to spend $2 trillion over the next eight years on building expensive infrastructure in a range of areas.  There should be every appreciation of this ambition.

However, conscious that this high tax rate might push U.S. companies to migrate to lower tax countries, the U.S. government wants a global minimum tax rate of 21 per cent.  Its belief is that a sufficiently high minimum global tax rate would discourage U.S. companies from leaving.

The U.S. proposal has been welcomed by the OECD and the European Union nations, France and Germany, that have always been the ‘hawks’ on setting and enforcing global tax rates.  Pascal Saint-Amans, head of tax administration at the OECD, welcomed the U.S. proposals, saying “This reboots the negotiations and is very positive.”

If this proposition is accepted, it will be enforced on all countries.   Experience with the OECD, the European Union (EU) and the U.S. demonstrates that by various methods, Caribbean countries have been coerced into compliance with rules or demands to their disadvantage.

Once the OECD member states agree it amongst themselves, they will enforce it.  The method in the past on matters such as what they called “harmful tax competition”, has been to identify countries they pejoratively list as ‘uncooperative jurisdictions’. The mere naming of countries injures the standing of their financial services sectors, causing loss of business and the capacity to participate effectively in the world’s trading and financial systems.  To avoid these consequences, countries have complied, eroding sovereignty over their tax policies and, importantly, jobs and income.

Remarkably, the OECD has described its efforts for  ‘tax harmonisation’ and an end to ‘tax competition’ as “levelling the playing field”.  In other words, the playing field for competition in taxation, is levelled by forcing developing countries to meet high taxation levels needed by the rich.  Other areas, in which level playing fields are necessary, are conveniently ignored.  A current example is the purchase and hoarding of COVID-19 vaccines by many OECD countries.   At the time of writing, of the 674 million vaccines that have been administered globally, 77 per cent are in the 10 richest nations.

The U.S. has reportedly sent documents, proposing the new tax, to 135 countries negotiating international taxation at the behest of the OECD.  The tax would apply to global profits of large companies, including big U.S. technology groups, regardless of their physical presence in any country.  Agreement on the tax would allow the U.S. administration to increase corporate taxes on U.S. companies without fear of competition from other countries.

Alarmingly, a senior representative of the International Monetary Fund (IMF) has already endorsed the U.S. government proposal.   IMF Chief Economist, Gita Gopinath, said that “We’re very much in support of having this kind of global minimum corporate tax.”  It is unclear if she was speaking for the Board of the Fund or for her division.  Fortunately, the Head of the World Bank, David Malpass, has taken a more balanced position on the matter.  He has warned against setting a global minimum tax rate that is too high, adding that he did not want to see new rules “that would hinder poor countries’ ability to attract investment”.

And, this really will be the crux of the issue.   Every country has the right to set its own domestic tax rates, but not to impose rates on others – which is what the OECD has been trying to do  since 1998.

Small countries, including those in the Caribbean, have lower corporate tax rates because they need investment not only to compete with larger countries but also to survive.  A mandated tax rate of 21 per cent would cripple many of them and retard their growth.

An example of this currently exists in the OECD and the EU.  Ireland, one of the smallest of their member countries, has a corporate tax rate of 12.5 per cent and has been one of the biggest beneficiaries of foreign investment.  A few decades ago, Ireland was much poorer than Britain, but its implementation of a low corporate tax rate has helped its growth and raised its living standards.

No doubt, Ireland will face considerable pressure from other OECD and EU countries to accept the proposed new corporate tax rate, but it has resisted bullying in the past, and it is likely to do so again.   If that is the case, other smaller countries, including Caribbean ones, should join it in arguing for a sensible minimum corporate tax rate that is agreed and not imposed.

The World Bank’s David Malpass has set a reasonable tone stating that any new minimum tax should not be too high.  Hitherto, the OECD itself has been working on a rate of 12.5 per cent.

On this matter, Caribbean and other small countries should stand up in unison for their rights by strong representation and informed argument.

Barbados’ Republican status is not a yen for pieces of silver 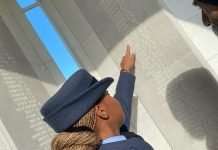