Basseterre, St. Kitts – A public holiday has been declared for Nevis today, Dec. 19, one day after the island held peaceful, free and fair elections.

After consultation with the leaders in Nevis, Prime Minister Harris advised the Governor-General His Excellency Sir S.W. Tapley Seaton GCMG, CVO, QC, JP, to declare a public holiday in Nevis. The governor-general consented.

Reflecting on the elections process yesterday, the prime minister commended the people of Nevis for maintaining calm and stability during a very robust campaign, adding: “I trust that everything will go well in accordance with the richest traditions of parliamentary democracy,” he said.

Reflecting, too, on the state of the union between St. Kitts and Nevis, Prime Minister Harris said yesterday morning that “the CCM is our partner, so we are looking forward to welcoming their return to the NIA in the context of the very good relationship that now exists between the federal government and the Nevis Island Administration. We have enjoyed an excellent relationship with the current CCM NIA administration, and we believe that this relationship has brought many good things, such as the historic first of Nevis being able to advance its own development agenda with positive support of the federal government.”

In a congratulatory letter to Premier-elect Brantley today, the prime minister alludes to this excellent relationship, stating: “Our friendship and mutual respect have only grown stronger over these past 34 months as we worked diligently toward achieving greater prosperity for all citizens and residents of both Nevis and St. Kitts, and ushered in an unprecedented level of cordiality and cooperation between the federal government and the Nevis Island Administration.” 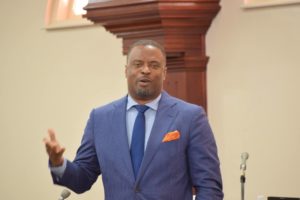