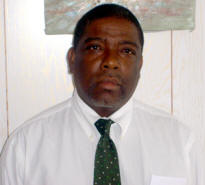 In my last article which dealt with the construction industry, I made mention of reciprocal agreements. This requires explanation.  Since the 1960s there has been a lot of talk about Caribbean union of various units and various forms.

Such talk has waxed and waned and generated a few initiatives like the CARICOM, ECCB, OECS, WICB.  Some of them have been impactful on the lives of Caribbean people, some have not been as forceful.  One little known, unheralded but very successful initiative is the reciprocal agreements between Social Security organizations of the region, the CARICOM Agreement on Social Security.

The CARICOM Agreement on Social Security came into being in the Republic of Guyana in March 1996.  St. Kitts & Nevis signed on in July of the same year, ratified it in May 1997 and it became Act No. 17 of 1999 when it was passed into law in December 1999.  It is an important element that complements the free movement of labour within the islands.

The agreement is particularly concerned with workers in trans-national enterprises, workers in international transport (air or sea), migrant workers, diplomatic staff and self-employed persons with activities in different territories.

For the survivors benefit, the survivors need not be resident where the applicant was last resident, but proof of survivorship and of kinship as well as a life certificate will be required.

This Act allows protection to workers in two very important ways.  It allows the individual to obtain their benefits wherever they are whenever they become eligible, and it allows the worker to become eligible by adding up their contributions made in the various CARICOM territories.

We would do the behind the scene work and can pay in full and charge the BVI or they can send their portion of the award to you through us.

It must be borne in mind though, that sometimes the qualifying criteria for the different systems are not the same; therefore the worker must familiarize him or herself with the details of each system.

Also, it might be to the worker’s advantage to obtain a statement of contributions made per country and to inform the institutions concerned about his/her most recent address, name changes, etc.  Also, for invalidity pension, each institution reserves the right to have the applicant examined by its own licensed medical practitioner.

Is this facility of any use to St. Kitts and Nevis?  As of July 2008, there are about a dozen nationals who are beneficiaries under the agreement, having worked in other territories. Additionally, we have processed applications for fifty non-nationals already.

As the phenomenon of reverse migration takes hold, as we continue to attract more and more foreign nationals to our shores, and as long as they continue to come and work here, and as our nationals continue to successfully compete for regional and international postings, agreements like these will become more and more important. My educated guess is that there are about 2,500 CARICOM nationals among us, mostly in St. Kitts (Nevis issued permission to work to 800 nationals from 11 of the other 13 CARICOM countries in 2007).

There is a second agreement with Canada which was signed in August 1992 and came into force in January 1994.  It covers old age pension disability and death.

It allows a national who is resident in Canada to use their residence and or contributions in Canada – after February 1, 1978 – to be used to qualify him/her for certain benefits in St. Kitts-Nevis and vice versa.  A few are already doing so.   Unfortunately, there are none yet with the USA or with the European community.

There is a third proposal, an OECS Agreement.  This has not been passed into law ­– at least, not yet.  While this one is more expansive than the CARICOM agreement, I cannot give details on it – that would be like counting chickens while they are still at the egg stage.

Nevertheless, this portability aspect of Social Security makes our coverage even more attractive.  Now you can carry your benefits in your ‘georgy’ bundle when you repatriate!