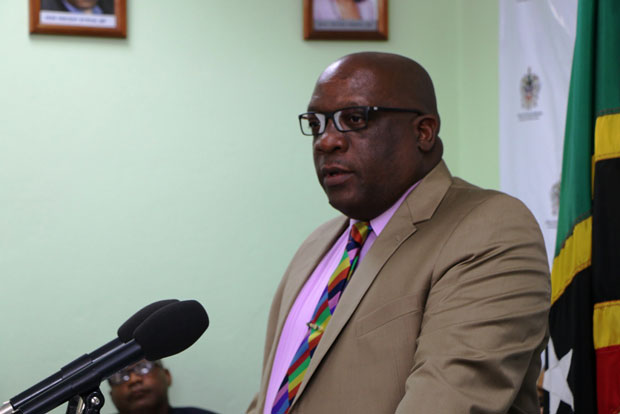 Basseterre, St. Kitts, June 30, 2016 (SKNIS): Prime Minister of St. Kitts and Nevis, Dr. the Honourable Timothy Harris, assured citizens and residents alike that the Government is doing all within its power to advance medical tourism in order to protect public health.

The statement came during the prime minister’s monthly press conference on Tuesday, June 29, at Government Headquarters.

“My Government’s entry into medical tourism, and regenerative medicine in particular, has been informed by consultations,” said Dr. Harris. “I want to make it clear that this Government did its due diligence. We sought advice far and near. Every entity with which we consulted supported our thrust into regenerative medicine.”

Prime Minister Harris outlined that the process to such practice was done correctly.

“I want to assure our citizens and residents that my Government prides itself in doing the right things, the right way and at the right time,” said the prime minister.  “And we give premium attention to this.  Indeed it is because we love doing things right that some criticize us for being tardy.  Consultations are important although they come with the price that they can be time consuming if they are going to be meaningful.”

The prime minister stated that the implementation of medical tourism was a thorough process as the government “never hurried into implementing the arrangements.” He noted that competent and independent advice was sought from the health fraternity in the Nevis Island Administration and also at the Federal level. Advice was obtained from members of the Medical Board, and Dr. Carissa Etienne, Director of Pan-American Health Organization (PAHO).

“We consulted far and near, in relation to these matters,” he said, while adding that the Government took advantage of its knowledge of persons involved in medicine in various international universities in order to help the government in moving forward. “In the end, having consulted, we were persuaded that the country and its people will benefit from a well-organized programme for regenerative medicine – one of the fastest growing areas of medical tourism.”

Dr. Harris said that medical tourism will bring “new skill sets and a range of support systems and institutions to St Kitts and Nevis, while bringing too people of high-net-worth to the country.”

All this, he said, translate and will translate eventually into more jobs, higher incomes and economic opportunities for all the people of the Federation, while at the same time allowing the country to contribute to the global demand for such medical services.

Participation in the regenerative medicine market offers a special opportunity for young people to partake in science at work. As such, the government took into account the high level of non-communicable diseases (NCDs) in the region and the realistic probability of offering therapies at affordable cost in St Kitts and Nevis, to assist citizens and residents alike who struggle every day with diabetes, hypertension, spinal cord injuries, stroke, just to name a few.

Medical tourism refers to the travel of people to another country for the purpose of obtaining medical treatment in that country.