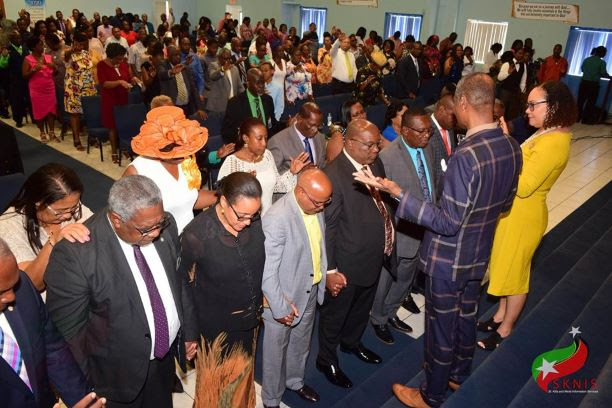 Prime Minister Dr. the Honourable Timothy Harris said his administration acknowledges and has the utmost respect for the role of the church in society, but noted that during the state of emergency in St. Kitts and Nevis to contain the spread of the COVID-19 virus, alternative measures must be adopted even as it relates to worship.

Two of the main religious bodies in the Federation, the St. Kitts Christian Council and the St. Kitts Evangelical Association, have since affirmed their full commitment and support for the government’s protocols and initiatives geared towards the protection of its citizens and residents.

As it pertains to the restriction on large gatherings and its impact on the church, Prime Minister Harris noted that the overall safety and security of the people of St. Kitts and Nevis are of paramount importance while responding to a caller during Tuesday night’s live broadcast of a “Leadership Matters” virtual town hall.

“Every Cabinet and every activity of the government we would normally start with a word of prayer so we understand the importance and the value. But again, we are in a very turbulent time and part of the response to that turbulence is that we restrict gatherings, restricting congestion of persons in any place [and] that would help us to, as it were, level the curve and reduce transmission,” the prime minister said.

The prime minister noted as part of its wide-ranging discussions on how to safeguard the nation from the spread of the deadly virus, the government held several conversations with the leadership of the religious community.

“The Evangelical Association, for example, has penned a letter complimenting the Government for its work and giving support to its measures which the government has been forced to adopt to keep their membership, their congregation and the rest of the society safe,” Dr. Harris said.

Prime Minister Harris said the government has not stopped religious bodies from doing their work, but rather asked them to make adjustments over the next 14 days, in the first instance, such as conducting virtual services, something other countries have already adopted in response to the virus.

“The Evangelical Association supports taking necessary action and implementing measures to combat the spread of the virus. The Church will join forces with government and health workers to practice social distancing and other safety measures to stop the spread of this virus. Our call and duty as the church is not just to pray, but also to take concrete steps to ensure the well-being of God’s people,” the St. Kitts Evangelical Association said in its statement on the coronavirus.

In its own letter to the Chair of the National Working Group on COVID-19, the St. Kitts Christian Council said, “Member churches of the Christian Council have already instituted measures geared towards the prevention and spread of the virus. These measures include the suspension of church services, except for funerals, where it is advised that the attendance be kept to a minimum, catering mainly for family members and close friends. Services, church and organizational meetings will be held via social media.”

The prime minister said while this may be a time of great inconvenience for most, “it is a sacrifice which each of us must make for a better life thereafter, and we are just asking you, in the first instance, to make a sacrifice for 14 days. For 14 days stay at home for as much as possible and if you were to do that, then a full life may be guaranteed to you.” 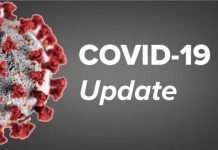 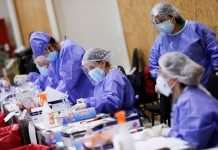 Coronavirus Spreading Faster Than Ever in Americas

Fauci: Too Soon to Be Overly Optimistic, Australia Covid Surge, Unvaxed Greeks to be Fined, More