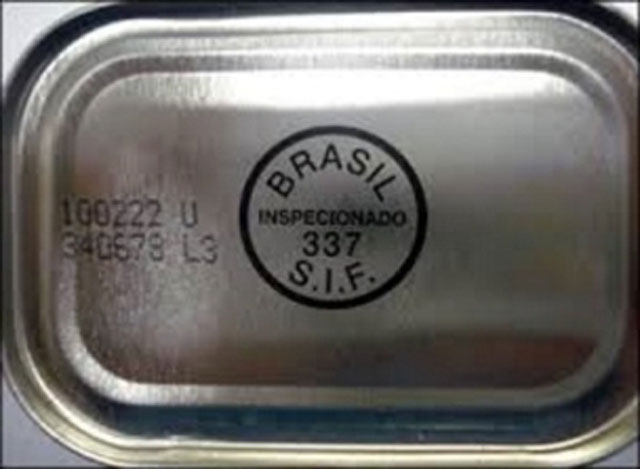 Basseterre, St. Kitts-The Federation has imposed a temporary ban on meat products coming from Brazil and has called for removal of all corned beef originating from that country from supermarket shelves.

The  National Agriculture, Health and Food Safety Advisory Committee, made up of officials from the Ministry of Health,  Ministry of Agriculture,  Department of Consumer Affairs, Bureau of Standards Customs & Excise Department, met last week and agreed to impose a temporary ban on the importation of all animal and animal products from Brazil.

In a statement released late last week, the committee said they have lost confidence in that country’s certification process for the export of meat

They also made a call for the removal of all corned beef imported from and originating in Brazil, for detention indefinitely until more information is received on the companies that are implicated in the packaging of rotten beef.

The committee indicated that these precautionary measures are needed to protect the general population from potentially tainted meat products.

Last week The Observer talked to Chief Veterinary Officer Dr. Tracy Challenger who said a decision had been reached in the matter and that a statement would be released shortly.

However up until press time last Thursday, no such information had yet been disseminated. This publication was able to confirm with a food distributor that no corn beef product had been recalled.

In other parts of the Caribbean Jamaica was the first country earlier this week to announce an embargo on Brazilian corned beef following the reports. Government officials also warned people not to consume Brazilian corned beef and announced plans to remove the product from supermarket shelves.

Quickly following the Jamaicans lead were Trinidad and Tobago where media reports indicate that the Ministry of Agriculture made requests for a recall of the possibly contaminated products and put a ban on any meats coming from Brazil.

Other Caribbean countries such as St. Lucia, Barbados and Dominica have also announced plans to ban importing meat from Brazil

CNBC reports that raids conducted last week by Brazilian federal police at several meat-producing plants and the arrest of more than two dozen people was the result of an investigation that multiple major Brazilian meat processors had been selling rotten beef and poultry.

The scandal also involves allegations that government inspectors allowed the rotten and salmonella-tainted meat products to be hit markets all over the world in exchange for bribes.

The Brazilian companies at the center of the investigation are JBS and BRF and both deny any wrongdoing. The Brazilian government has since shut down those companies.