Dr. Freeman A. Hrabowski III, guest speaker at Prime Minister’s Gala 2020 held at the St. Kitts Marriott Resort on Saturday, touted education in The Federation while telling the audience reading skills are the foundations for science, technology and innovation, and economic development and challenging citizens to expose students to those opportunities.

“I had the privilege today of meeting a son of St. Kitts, his name is Larry Quinlan,” said Dr. Hrabowski. “Here is a young man who is the Chief Global Information Officer for Deloitte Touche. Think about it — that the number one person in technology in the world is a graduate of schools in St. Kitts. When you hear about one of your graduates you must celebrate them as much as we celebrate the music — as much as we celebrate door prizes. I want you to be as powerful in your passion for education.

“One of my challenges to you for children and for our society is to stop making people of one type or the other — that regardless of what you are interested in, you could still know more in the other areas,” he added. “The majority of jobs in our world will have a heavy technological focus.”

The guest speaker, who has served as president of the University of Maryland, Baltimore County (UMBC) since 1992, asked those in attendance, including Governor General His Excellency Sir S.W. Tapley Seaton, GCMG, CVO, QC, JP, to think about how St. Kitts and Nevis identifies, children who can be excited about maths, science and engineering, and challenged St. Kitts and Nevis to tell students about the country’s excellence in education.

Born in 1950 in Birmingham, Alabama, Dr Hrabowski graduated from Hampton Institute with highest honours in mathematics. He received his M.A. (Mathematics) and PhD (higher education administration/statistics) from the University of Illinois at Urbana-Champaign. In 2012 President Barack Obama selected him Dr. Hrabowski to chair the President’s Advisory Commission on Educational Excellence for African Americans, and he was named by Time Magazine to its 2012 list of The World’s 100 Most Influential People. 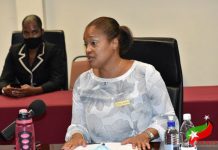 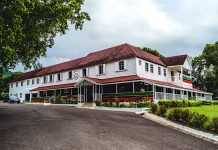 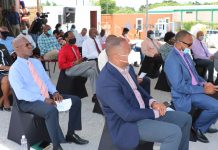 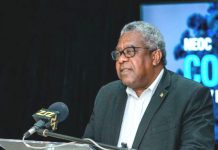