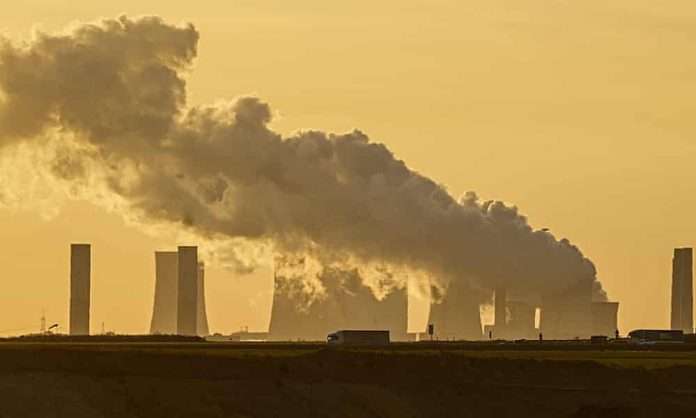 Pace of emissions reductions must be increased significantly to keep global heating to 1.5C

Every corner of society is failing to take the “transformational change” needed to avert the most disastrous consequences of the climate crisis, with trends either too slow or in some cases even regressing, according to a major new global analysis.

Across 40 different areas spanning the power sector, heavy industry, agriculture, transportation, finance and technology, not one is changing quickly enough to avoid 1.5C in global heating beyond pre-industrial times, a critical target of the Paris climate agreement, according to the new Systems Change Lab report.

The dangerously sluggish pace of decarbonization, made plain just days before the start of crucial UN climate talks in Scotland, further highlights how the world is badly off track in its attempts to curb climate breakdown.

Atmospheric levels of planet-heating gases hit a new record high last year, and the UN has warned the amount of fossil fuel extraction planned by countries “vastly exceeds” the limit needed to keep below the 1.5C threshold.

“We need to pull out the stops in every sector, to transform our power generation, the diets we have, how we manage land and more, all simultaneously,” said Kelly Levin, chief of science at the Bezos Earth Fund, one of the report’s co-authors. “We need transformational change and it’s very clear the trends aren’t moving fast enough.”

From renewable electricity generation to meat consumption to public financing for fossil fuels, the report found that no indicator was showing the required progress to cut emissions in half this decade before eliminating greenhouse gases completely by 2050, which would give the world a chance to keep below 1.5C.

In wealthy countries across Europe and North America, the consumption of beef needs to reduce 1.5 times faster than it is now. In these countries with high meat consumption and plentiful alternatives, cutting back to the equivalent of one and a half burgers per person a week would significantly reduce demand for land and greenhouse gas emissions.

There are some glimmers of promise: the global share of electricity generated from solar and wind has grown at 15% annually over the past five years and renewables have become the most cost-effective replacement for coal in most places. Electric vehicle adoption is on the rise, reaching more than 4% of worldwide car sales last year.

The report also found there was a good chance, given proper support, of “exponential” progress in technology such as the direct removal of carbon dioxide from the air, which scientists have said will probably have to be deployed on a grand scale to reduce worsening climate disasters. But overall the picture is of a world moving too slowly to confront the climate crisis.

“While things are heading in the right direction in some areas, we are moving too slowly to avoid 1.5C,” said Sophie Boehm, a climate researcher at World Resources Institute and report co-author. “If that continues, we will fall woefully short of the goals to avoid disastrous climate change. It’s very worrying we are not on track for any of these target areas.”

While progress is lagging in most places, three areas in particular – cement production, steel making and efforts to place a fee on carbon emissions – are stagnating, the report found. A further three – emissions from agriculture, the share of trips made by cars and the deforestation rate – are moving in the wrong direction.

“We need complete u-turns from these areas,” said Levin. “With climate change you can’t just head in the right direction, you need to do it at pace. Without that, we will reach disastrous tipping points.”

There is little optimism that countries will make the required commitments to salvage this situation at the Glasgow talks, known as Cop26, with Boris Johnson, the British prime minister, admitting it is “touch and go” whether the required action will be taken. John Kerry, who is Joe Biden’s climate envoy, has said there will likely be “gaps” in emissions-cutting plans put forward by governments.

Should the world breach 1.5C in global heating, the planet will be hit by an increasing frequency of deadly heatwaves, ruinous storms, disastrous flooding and crop failures, wiping trillions of dollars from economic activity and forcing the displacement of millions of people. António Guterres, secretary general of the UN, has warned the world is risking a “hellish future” through its lack of urgency to confront the crisis.

“We have the technology for the majority of these areas to decarbonize,” said Bill Hare, chief executive of Climate Analytics, an organization that provided input to the new report. “What we need is political will, and for governments to catch up with the opportunity this transition will bring for their economies.”