HAVANA, May 9 (Reuters) – Cuban rescue workers combed through vast piles of rubble from the Hotel Saratoga in the early hours of Monday, uncovering four more bodies overnight after the hotel was hit by an explosion and bringing the death toll to at least 40, a local official said.

The massive blast on Friday at the five-star hotel, a block from the iconic capitol building in a renovated area of historic Havana, blew the side off the hotel and collapsed its lower floors, leaving dozens trapped, killed or injured. Officials say a gas leak caused the explosion.

Javier Martinez, a Havana city official, told reporters on Monday morning that the bodies of four hotel workers were discovered overnight. He cited the official death toll, given the night before by health officials, of 31.

“There remains a group of…12, 13 people who are still missing,” Martinez said after conferring with the outgoing shift of overnight rescue workers at the hotel. “The priority continues to be to try to find survivors and to continue advancing in the search for bodies as well.”

Before sunrise Monday, heavy machinery scooped up piles of debris, clearing away access to the basement of the building, where officials said they hope they could still find survivors. 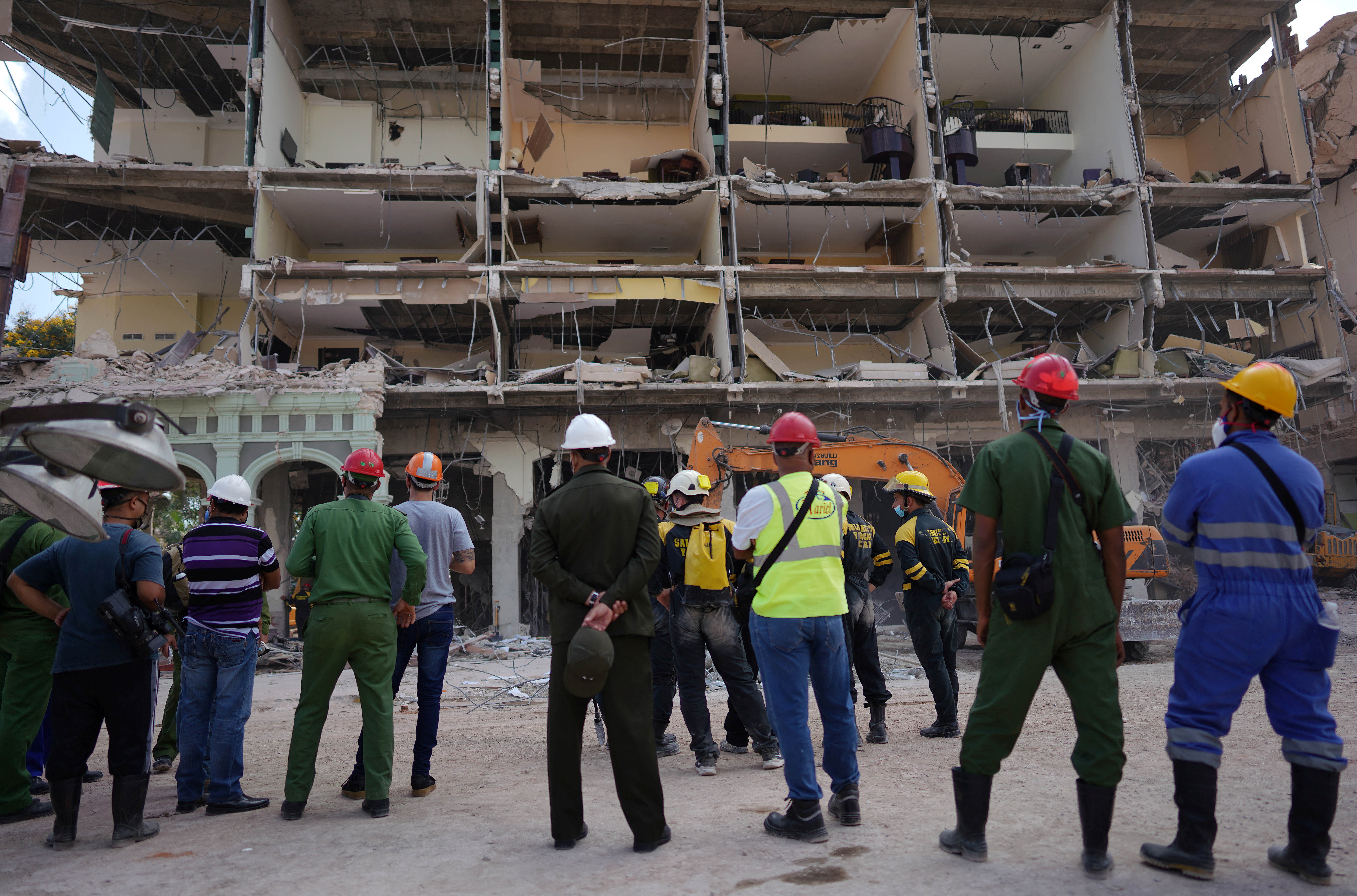 Emergency personnel walks in front of the Saratoga Hotel two days after it suffered an explosion, in Havana, Cuba May 8, 2022. REUTERS/Alexandre Meneghini

The lucky few who emerged alive from the building recalled the chaos from the explosion.

“I had no idea what was happening,” Guillermo Diaz, the hotel´s security chief, told Cuban state media.

“I began to struggle a bit, I managed to get out… I had wounds on my forehead, on my head. I had no strength and many colleagues next to me, I tried to help them, but it was totally in vain”.

Besides the human toll, the blast seriously damaged two adjoining upscale apartment buildings and inflicted lighter damage to 17 structures within a two-block radius.

Local authorities said 85 people were injured. Four of the dead were children, they said. One of the dead was a Spanish tourist, another, a pregnant woman.

The neoclassical-style hotel, housed in a more than century-old building, had been closed and only workers were inside at the time of the explosion, officials have said.