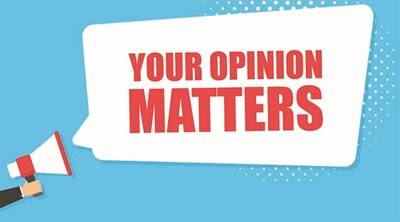 Officials of the Department of Statistics, within the Ministry of Sustainable Development, are encouraging residents to co-operate with enumerators who are currently in the field conducting the Survey of Living Conditions and Household Budgetary Survey, part of the Enhanced Country Poverty Assessment (ECPA) in the Federation of St. Kitts and Nevis.

The department proceeded with the first phase of the data collection process, to update information on households’ living standards and patterns of consumption, in 2018. During an interview with the St. Kitts and Nevis Information Service (SKNIS), Carlton Phipps, Director in the Department of Statistics, gave a progress.

“Let me indicate to the public that we are still out there in the field and we are seeking their cooperation as we make this final push to complete the final set of interviews for the survey,” said Mr. Phipps. “Notwithstanding, there have been several issues in the fields in terms of the cooperation of households, as well as the ability of some enumerators to complete the assigned work in a timely manner.”

He noted that training continues so that staff at the Department of Statistics, as well as enumerators, can better perform their duties, going out into the field to conduct the survey.

“So, we have been having some ongoing training of persons to try to get the surveys moving. We are nearing that end of the period that was designated for data collection and we want to make a final push to have as many interviews completed in this last period of data collection,” he said.

The SLC-HBS is a study of the social and economic situation of households within the country. A random sample size of seven percent of the household population of St. Kitts and Nevis was selected for the survey.

The Director pointed out the benefits of completing the ECPA, and thanked the Caribbean Development Bank (CDB) and the OECS Commission for being key supporters/partners in conducting and financing a significant portion of the project. The last Country Poverty Assessment was conducted a decade ago.

“They [the CDB and related agencies] have used the data coming out of such a survey to offer assistance in impoverished and at risk/vulnerable communities,” he said. “A lot of the work that would have happened under the Basic Needs Trust Fund (BNTF) was as a result of the last Country Poverty Assessment conducted in 2007/2008.”

Those with questions or concerns should contact the Department of Statistics at telephone number 467-1060/1063 or send an email to statistics@gov.kn.