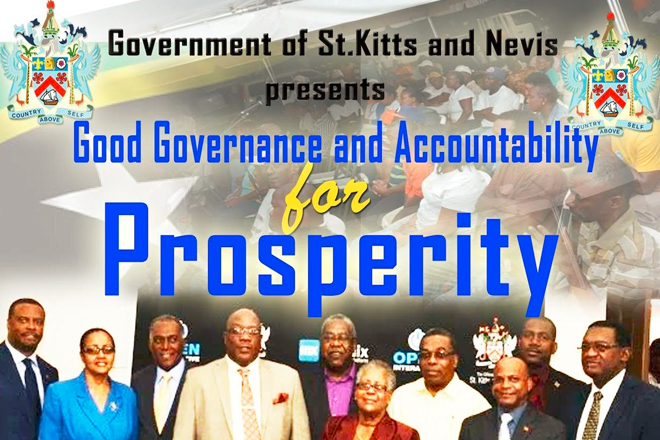 From Valencia Grant, press secretary of the Office of Prime Minister

Basseterre, St. Kitts – Formal meetings of the cabinet took place Oct. 11 and Oct. 16. The meetings were chaired by Prime Minister the Honourable Dr. Timothy Harris. The salient matters discussed at those meetings are as follows:

The cabinet also approved concessions for several hotel projects, given their potential to spur economic growth and job creation.

On Oct. 16, the cabinet agreed in principle to the formation of an Urban Development Unit. Several pieces of legislation, which could impact upon the functioning of thatu, were also discussed, along with the legislative amendments that would be necessary to prevent overlapping and enhance its ability to perform effectively.

The Urban Development Unit would be responsible for looking at dilapidated areas in and around Basseterre in conjunction with the Physical Planning Department, to remediate and clean up such areas. That unit would also consider and govern vendors’ ability to ply their trade in Basseterre in a profitable fashion. The unit would be looking closely at street vending with a view to making it easier for such vendors to operate and pedestrians to enjoy the sidewalks and streets in Basseterre.

The cabinet also addressed street lighting improvements to Fort Street in its meeting Oct. 16. Plans are afoot to work with the St. Kitts Electricity Company (SKELEC) to install more lighting, which would be fit for that purpose, as well as upgrade the lighting that is currently in use on, and in the immediate vicinity of, Fort Street and the commercial sections of Basseterre.

Medical School to be Relocated Temporarily to St. Kitts-Nevis

On Oct. 16, two senior officials of Adtalem Global Education Inc. met with the cabinet to finalize the preparations for the temporary relocation to St. Kitts and Nevis of the Ross University School of Medicine in Dominica, which suffered severe damage during the passage of Hurricane Maria.

Carey James, associate dean of operations, analysis, and admissions, and Veron Lake, director of civic affairs and security projects, discussed the temporary relocation of the Ross University School of Medicine aboard the vessel GNV Excellent, which will serve as a floating campus and be stationed in the waters of the Federation of St. Kitts and Nevis up until mid-January 2018.

Before meeting with the cabinet Oct. 16, the Adtalem officials had previously met with the St. Christopher Air & Sea Ports Authority (SCASPA), the Ministry of National Security, the Solid Waste Management Corporation, the Customs and Excise Department and the Ministry of Health.

Chief Medical Officer Dr. Hazel Laws also attended the Oct. 16 meeting where the Adtalem officials satisfactorily answered her questions regarding health protocols that are to be put in place. The Adtalem officials have also met with the Ministry of Education to provide documentation for the local accreditation of the Ross University School of Medicine. They have praised the level of cooperation received so far from the government.

More than 1,100 medical students are being relocated temporarily to the federation to attend classes and live on the floating campus. More than 150 faculty and staff will also be here – children and families will accompany some of them – and many of them will be living on land. Some students began arriving by charter Oct. 18. The spillover economic effects are expected to be significant.