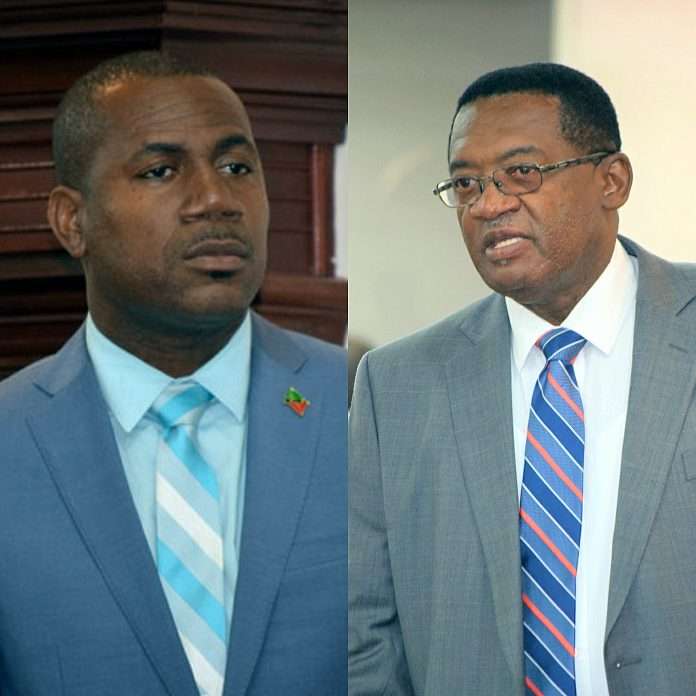 With one of its own Members of Parliament questioning whether the People’s Action Movement can return more than one seat if an election is called now, the party’s leader Shawn Richards is expressing confidence it can retain and add to its current block of seats in St Kitts and Nevis.

Richards’ statement comes after PAM’s Deputy Leader and representative for Constituency 8 Eugene Hamilton said in a letter to his leader that he sees no clear path for a return of the PAM elected representatives to parliament if Parliament is dissolved now.

“However, I can see a path if we are strategic in our conduct of affairs even at this late hour and I have previously given you some suggestions which include your role on the Boundaries Commission.”

Hamilton described forcing an election now as “inflicting a death sentence on PAM.”

“ A proverbial mortal wounding of PAM by its elected representatives if we resign at this point without making some important strategic moves. I shudder to think that by my signature I would have inflicted a mortal wound on the party to which I have given more than fifty years of unfettered service and in the process suffered greatly without a murmur.

“I have survived being terminated by Labour twice in my life; the last termination costing me in excess of half a million dollars just to stabilize my life; denied my constitutional right to pursue my own business despite capitalizing the company with three times the statutory capital required; suffered a fractured jaw as a result of missiles thrown at a PAM public meeting; suffered unmerited humiliation by Bloom Cooper and his commission of inquiry, and believe me, Shawn, I am just getting started.”

Hamilton added that PAM would struggle to hold on to the three seats that it currently holds including his own.

“At a recent meeting you and I listened to Linsday and Jonel clearly expressing trepidation about winning their seats while still appearing gung ho about dissolution. If they are uncertain, it is very likely that on the ground it is worse than they think because I would expect them to be the most optimistic about their constituencies than others, except it is that they don’t really know their constituencies. I have not hidden my fears. I have told you and others where I stand and I am saying here again for the record that an election at this time is a loss of const 8 by any PAM candidate.

“If you are satisfied given what both Lindsay and Jonel have said, then you are prepared to accept PAM just having one seat which is your seat.  I do not understand your plan and I would be unwise to accept without more. I would have been happy to be there tonight to get a better understanding to allay my fears

To me, the possibility of being reduced to one seat would be tantamount to driving a harpoon through the heart of PAM which I have given my life to.”

Richards on Tuesday after her announcement filed a Motion of No Confidence in Prime Minister Harris said he was “extremely confident” PAM and CCM will be returned to the government as “real unity.”

Addressing Hamilton’s scepticism, Richards accepts that there is a certain level of risk that comes with elections but was confident of adding seats in the elections.

“Any election comes with a certain level of risk and so Mr Hamilton would have made mention of that particular risk. However, from all of the information before me, I am extremely confident that other partners will retain their seats and we shall also pick up additional seats.