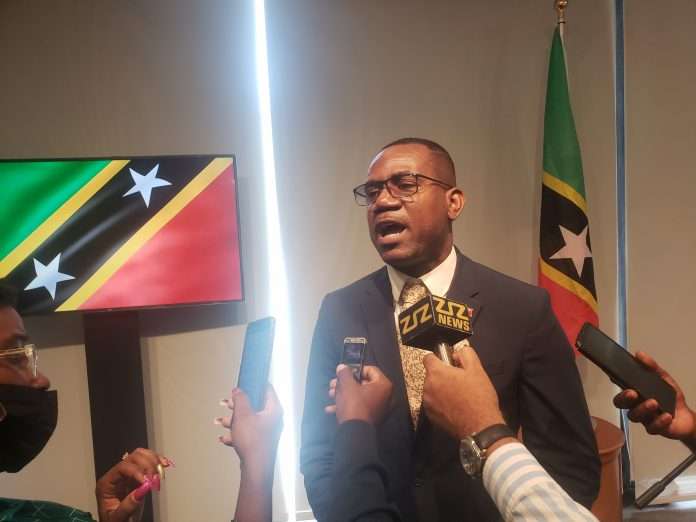 Deputy Prime Minister Shawn Richards and five of his other colleagues in cabinet have lodged a Motion of No Confidence against the Prime Minister of St Kitts and Nevis Dr Timothy Harris.

Richards announced this morning they formally lodged a Motion of No Confidence with the Clerk of the National Assembly on Monday.i

He added it was “time to move on and time to focus on the future.”

Richards speaking at a press breifing said all members of Cabinetil in the Team Unity administration made the progress possible adding “more progress could have been made had it not been for COVID-19.”

Richards added that the philosophy that united their approach is not dead.

“There is still Team Unity but without Timothy.”

He said PAM and CCM have a collective to desire to deliver a a new future.

“Unity between PAM and CCM remains the best hope for the Federation.”

Richards claimed they were forced to act in the best interest of the nation.

He also admitted they intend to continue to engage their MP Eugene Hamilton whom he said has a different view on the political issues.