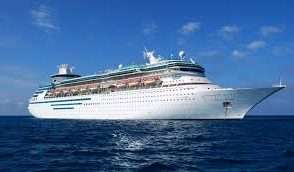 Royal Caribbean will soon say farewell to its two oldest ships. Majesty of the Seas and Empress of the Seas have been sold and are leaving the fleet before the end of the year.

There were bought by an undisclosed Asia-Pacific based buyer. That company will ‘release details for future sailings at a later time’ Royal Caribbean said.

“Empress and Majesty made indelible marks on the cruise industry with their revolutionary design and size. They continued to make history throughout their more than three decades of service,” said Michael Bayley, president and CEO, Royal Caribbean International.

“Saying goodbye to these two beloved ships is a major moment in Royal Caribbean’s history – one that is difficult but necessary.

Empress and Majesty joined the fleet in 1990 and 1992 respectively.