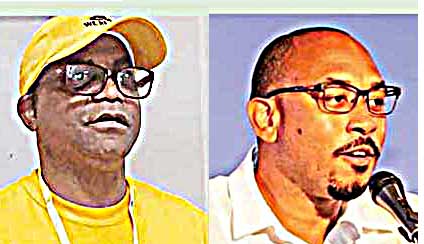 As of press time, it has been a full week since voters in St. Kitts and Nevis increased the majority of Team Unity from 7 to 9 of the 11-seat parliament, but a cabinet of ministers is yet to be named and sworn in.

With the issuance of a press release on Thursday morning by Grant and Powell, both successful election contenders for The People’s Action Movement under Team Unity, public speculation of problems within Team Unity were confirmed.

“It has come to our attention that certain detractors who are upset about the big Team Unity win, continue to spread baseless rumours about our loyalty or otherwise to the Team. We wish to make it perfectly clear that our campaign was run as part of Team Unity with a view to having the Hon. Dr. Timothy Harris as our Prime Minister and our PAM Party Leader the Hon. Shawn Richards as our Deputy Prime Minister,” is stated at the opening of the press release.

The release ends with a call for Dr. Harris and Mr. Richards to move ahead.

“Mr. Prime Minister and Deputy Prime Minister, let us now move forward, putting the detractors behind us, and continue to deliver the best for our country through our various portfolios,” Grant and Powell said.

No press releases or statements were issued by Eugene Hamilton or Shawn Richards, the other two winning candidates for the People’s Action Movement.

Social media has been abuzz since last Saturday, a day after the electorate voted and a prime minister hadn’t been sworn in.

Allegations ranged from The Concerned Citizens’ Movement in Nevis being in active talks with former Prime Minister Dr. Denzil Douglas to form a government with the Labour Party – if Labour’s Dr Terrance Drew toppled Eugene Hamilton in St. Kitts constituency number 8 – to The Concerned Citizens’ Movement, which is also a partner in Team Unity, instructing its PAM sympathizers Grant and Powell to demand that Dr. Harris meet with them to outline an agreement for which ministries they would obtain in return for their support for Harris for Prime Minister.

Labour leader Dr. Denzil Douglas has not denied talks with CCM, and insists that he was in agreement with having a coalition government with Nevis.

A source close to the situation confirmed to The Observer that Harris received a demand from the two PAM Parliamentarians for a meeting  and commitment of portfolios, but Harris refused. The source said that PAM leader Shawn Richards  would have none of it.

According to the source, Nevis directed the two PAM representatives to demand that Harris give up the Ministry of Finance, claiming that Harris had too much power in the last government.

But the source pointed out to The Observer that Premier Mark Brantley of Nevis, is also the Minister of finance, statistics, economic planning, education, library services, human resources, industry, trade and consumer affairs, health, tourism and information technology, public utilities and energy and foreign investments in the Nevis government.

Along with all this, Brantley wants to maintain a heavy load of ministries in the Federal Cabinet, all at the same time.

As pressure mounts, Powell and Grant, having lost an appeal in a high court case to do with misconduct in their law firm on Wednesday, and a pending risk of being disbarred  from practicing law, are now asking for a quick resolution of the impasse, and a smoother transition into cabinet.