Management, staff and participants at the Skills Training Empowerment Programme (STEP) are mourning the death of Director Mr. Wendell Wattley in the early hours Monday, Jan. 20.

“On behalf of the management and the workers at the STEP office and the workers on STEP in general, I would like to express my deepest sympathy to the wife and family of Mr. Wendell Wattley, who worked at the STEP office as the Director for a period of time,” said Mr. Osbert DeSuza, Permanent Secretary in the Office of the Prime Minister with responsibility for STEP.

Mr. Wattley who had a long career in the teaching profession and worked at the General Post Office rising to the position of Post Master General, joined the Skills Training Empowerment Programme as its director Aug. 1, 2017.

STEP’s Quality Assurance Coordinator/Consultant, Mr. Emile Greene, acting as the STEP Director sent out a message of condolences to the family on behalf of the entire office, management and staff, STEP participants/trainees and employers.

“I would like to extend our sincere sympathy to the family and close friends of Mr. Wendell Wattley, who served here as the Director of STEP,” said Mr. Greene. “All of us here at STEP we were very saddened to hear the news about his passing, and like most of the country we were very much in shock. He served here at STEP since Aug. 2017, and therefore on behalf of all of us in the organisation, I would like to say to the family our sympathy and you will be in our prayers. It is a very sad moment for us as well.”

Mrs. Agatha Caines, Office Manager at STEP, shared fond memories of the many years she had known and worked with Mr. Wattley — from the days he was a teacher, at the General Post Office, and lately at the STEP office.

“I had known Mr. Wattley from the early years when he taught at the Boys’ School as my son was attending the Maurice Hillier School,” said Mrs. Caines. “He then went to the Irish Primary School as a head. Somewhere around 1995 he came to the Post Office where I was a staff member at that time. We worked together for a period of time before I was transferred into the Ministry of Foreign Affairs.”

Mrs. Caines, who first worked as the Office Manager for the People Employment Programme (PEP), and continued in the same position when it was transformed into Skills Training Empowerment Programme, was pleasantly surprised when Mr. Wattley joined STEP as its Director.

“It was easy for him and I to work together,” said Mrs. Caines. “And yes, he has had his own way and own style of managing and doing things, but he meant well. So, I was very saddened on Monday morning when I came in the office and I was told he passed. These things happen — we come, we go — we do not know how and when. As Office Manager, on behalf of the STEP staff, and the participants in general, the general public, the persons who are part of the STEP as employers, we are very saddened over the sudden passing of Mr Wendell Wattley.” 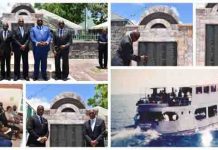 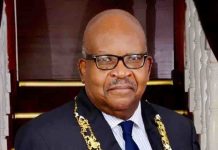 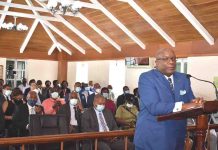