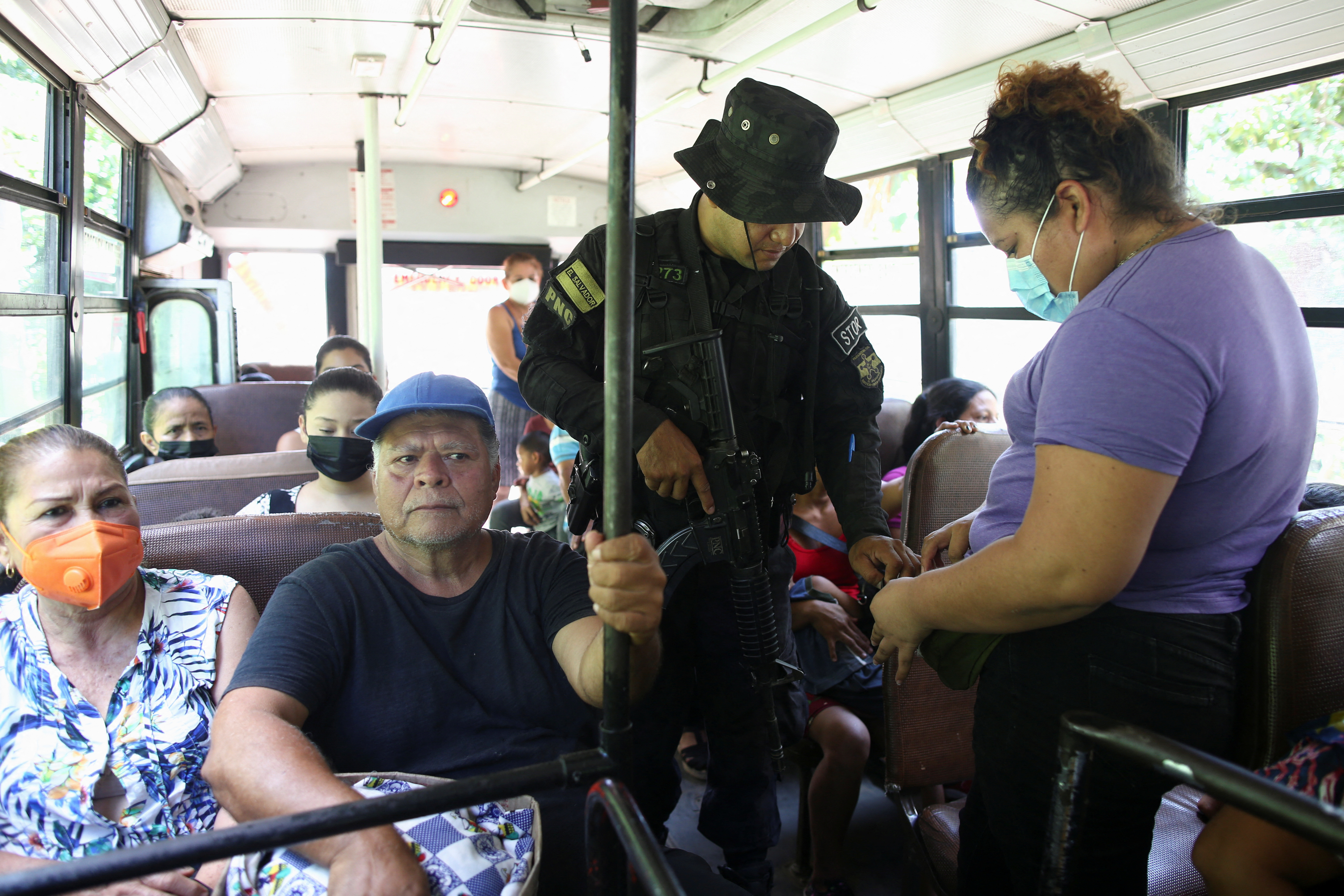 SAN SALVADOR, June 28 (Reuters) – President Nayib Bukele of El Salvador pledged on Tuesday that his government will “intensify” already tough efforts to combat gangs after three police officers were gunned down earlier in the day.

Bukele declared a state of emergency in March in an effort to rein in a spike in homicides, suspending some constitutional protections such as free assembly.

“What is coming to (gang members) is much greater, and they are going to pay dearly for having taken the lives of these three heroes,” Bukele told a rare news conference.

He said the officers who were killed had been “ambushed” by members of the Barrio 18 gang.

The president did not specify how he would intensify what he calls a “war on gangs” beyond a larger police presence across the Central American country.

According to official data, more than 43,000 people have been arrested since the state of emergency began, which critics say is overly broad dragnet that denies detainees a fair legal process.

Quotas imposed by police superiors have led to mass detentions and the arrest of innocent people, sources have told Reuters. Groups including Human Rights Watch, Amnesty International and Cristosal have also questioned the campaign. read more

A combative Bukele shrugged off the criticism.

“Let them complain all they want,” he said. “We are going to defend our people and we are going to ensure that the lives of these agents were not lost in vain.”