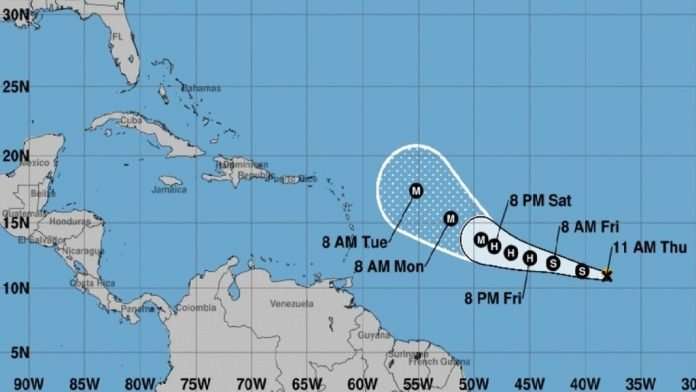 
The tropical Sam storm is churning in the open Atlantic Ocean more than 1,600 miles east of the Leeward Islands. While it is still far away from land, impacts are possible early next week. More importantly, the storm is expected to quickly strengthen into a hurricane as it approaches the Caribbean Basin.
The official forecast shows the system becoming a hurricane on Friday and a major hurricane — Category 3 or higher — as early as Saturday.
“It is noteworthy that this is the 2nd earliest formation of the 18th named storm in the Atlantic basin, moving ahead of the 2005 hurricane season, and only trailing last year,” says the National Hurricane Center (NHC).
Thursday’s developments were an indication that this is a very busy hurricane season and that it is far from over.

“Environmental conditions all seem to be favorable for the storm to gain strength during the next several days,” the NHC said in its morning discussion. “Nearly all of the models respond by showing steady strengthening during the next several days, and so does the official forecast.”
The NHC cautions that the size and intensity of Sam could play a role in its ultimate track evolution.
“What is not clear at this point is what impacts it will have on land,” said CNN meteorologist Dave Hennen. “Right now, it looks like it may pass north of the Leeward Islands and Puerto Rico early next week, but that could change.” 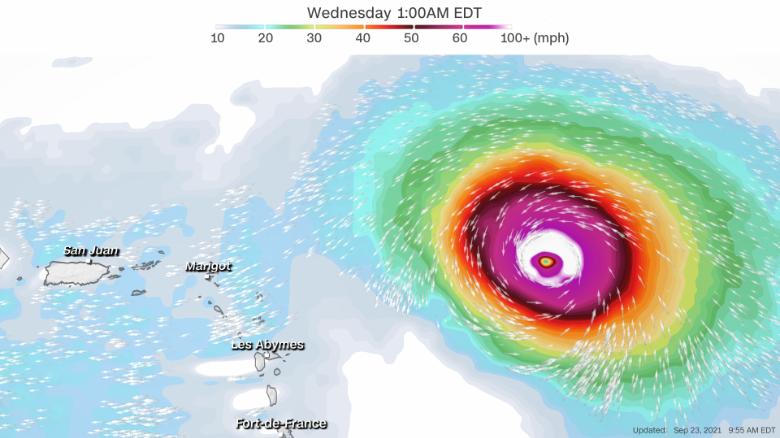 Some island in the Caribbean could use the rain, including Puerto Rico, where drought has increased over the last month. Nearly 20% of the island is under moderate drought conditions, so some rain would be extremely beneficial. But, often with tropical systems, flooding could also be a concern depending on the exact track this storm takes.
“Reliable long-range computer models show that the system could eventually have direct impacts on land,” says Hennen. “Places like Puerto Rico, the Virgin Islands, Bahamas, Bermuda and even the East Coast of the US need to watch the storm closely over the next week. The models don’t currently agree where the storm is headed, but do agree that its likely to be a powerful hurricane.
- Advertisement -