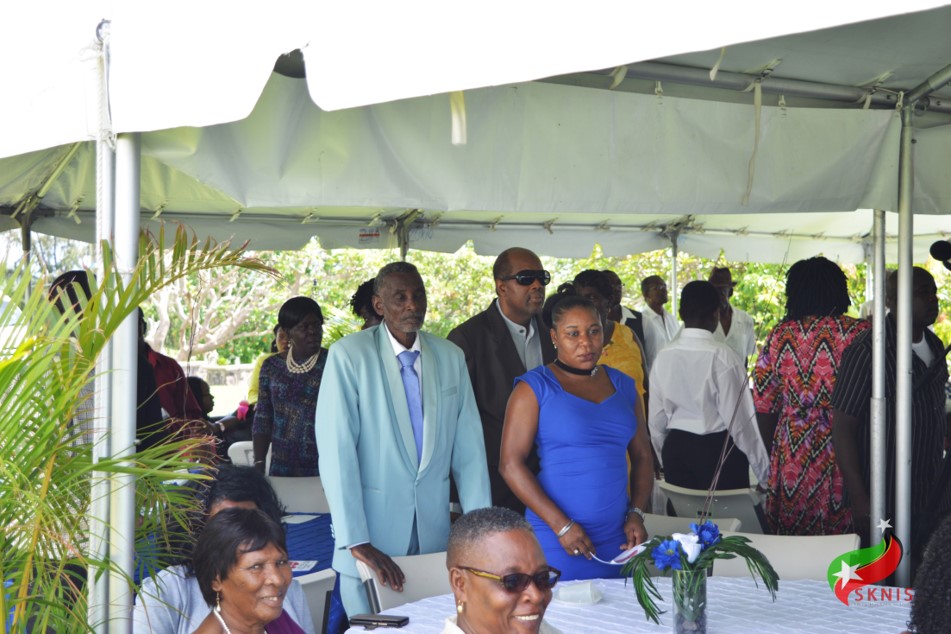 The following contains the remarks of the prime minister, the Honourable Dr. Timothy Harris, during the 15th Annual Appreciation Day for Sanitation Workers held Oct. 29 at Government House under the patronage of His Excellency the Governor-General, Sir S.W. Tapley Seaton GCMG, CVO, QC, JP.

for Commemorative Booklet to mark

the 2017 Appreciation Day for Sanitation Workers

I am pleased to once again prepare remarks for this special commemorative booklet to mark the Annual Sanitation Workers Appreciation Day now in its 15th year.

Every year without fail since 2002, Pastor Lincoln Hazell, a former environmental health officer, and his devoted congregation at the Apostolic Faith Church on St. Johnston’s Avenue in Basseterre honour all of the hard-working men and women who collect our garbage, clean our streets, our parks and beaches, and protect our environment.

For the first time since the inception of their wonderful appreciation service and awards ceremony, the event will be held this year at Government House under the patronage of His Excellency the Governor-General, Sir S.W. Tapley Seaton GCMG, CVO, QC, JP.

This year is also different and more meaningful for another reason.

Within a span of two weeks in September 2017, our beloved Federation of St. Kitts and Nevis braved two powerful Category 5 hurricanes, Irma and Maria, and came out of them without sustaining either catastrophic damage or loss of life. For this we give every praise, honour and glory to Almighty God and also keep the impacted islands in our thoughts and prayers.

Against such a backdrop, it is indeed appropriate for our country’s sanitation workers to be in the foreground at this time.

My government, the whole nation and I therefore join with Pastor Hazell and his Apostolic Faith Church in observing the 15th Annual Sanitation Workers Appreciation Day under this year’s theme, “Good Sanitation Saves and Extends Lives.”

In the context of a hurricane and its aftermath, this year’s theme is particularly resonant.

For instance, clean water and proper sanitation are vital in fighting cholera, which killed countless people in Haiti when cases surged after massive flooding from Hurricane Matthew impacted the water and sanitation infrastructure there in October 2016.  Responding in the aftermath, my government gave hurricane relief aid to our fellow brothers and sisters in Haiti totaling USD$300,000.

Here in St. Kitts and Nevis in the aftermath of Irma and Maria, the sanitation workers became some of the heroes of the hurricanes.

In fact, Hurricanes Irma and Maria – and the extensive cleanup efforts that followed – threw into sharp relief the essential role that our sanitation workers perform in maintaining environmental and public health, not just each day, but during national natural disasters.

In the early hours after the hurricanes, sanitation crews headed for the front lines to restore our communities, leaving their own homes and families in order to look out for the interests of others.  Indeed, I had the pleasure of working side by side with several of them after the passage of Hurricane Maria, as I assisted in the rehabilitation of our Bay Road and Frigate Bay Strip by helping to shovel up debris along with the Minister of Public Infrastructure and employees of Public Works.

That crystal is the traditional 15th anniversary gift is fitting, then, because this year – the 15th year of celebrating our sanitation workers in the federation – it became crystal clear that employees of the Solid Waste Management Corporation, Public Works, and the Water Department, as well as other hurricane first responders such as those from Public and Environmental Health and Parks and Beaches, are Our Nation’s Forgotten Heroes.

That’s why, after Hurricane Maria, my Government decided to incentivize and provide a monetary reward for our essential service workers who went beyond the call of duty during and immediately after the hurricane.  Beneficiaries include employees with the Health Department, the Public Works Department and the Water Department, to name just a few agencies.

I therefore salute your dedicated work and yeoman’s service to our great country and encourage your continued commitment to performing your jobs, which the whole nation relies on to enhance our quality of life, particularly so during our most difficult times.

May God bless you and your families bountifully as you reap your well-deserved harvest on this 15th Annual Sanitation Workers Appreciation Day!