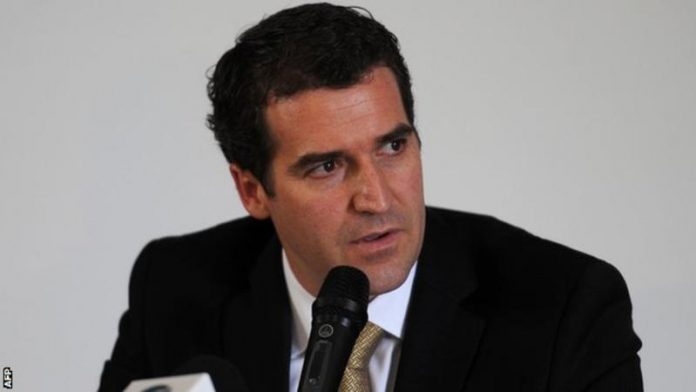 BBC- Enrique Sanz, the former general secretary of North American football’s governing body Concacaf, has been banned from any football-related activity for life after being found guilty of bribery.

Sanz was found guilty of negotiating bribes in competitions organised by Fifa, Concacaf, the Caribbean Football Union and the South American Football Confederation between 2012 and 2015.

The Colombian lost his job in 2015 following an FBI investigation into corruption allegations at Fifa.

His predecessor Chuck Blazer, who held the position from 1990 until 2011, was banned from football for life by Fifa after he was indicted and pleaded guilty to charges including accepting bribes and kickbacks.

“The adjudicatory chamber of the independent Ethics Committee has found Mr Enrique Sanz guilty of bribery in violation of the Fifa code of ethics,” said a Fifa statement.