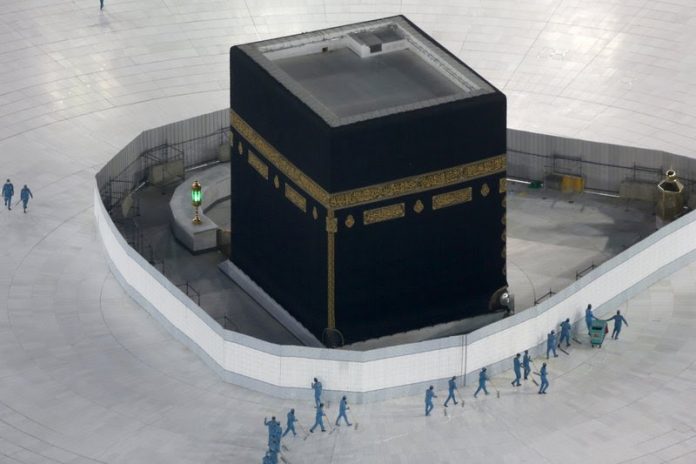 Muslims around the world hoping for a once-in-a-lifetime journey to Mecca to perform the hajj will have to wait until next year after Saudi Arabia curtailed the pilgrimage.

The kingdom said a very limited number of pilgrims would be allowed to perform the hajj from among residents inside the country, reports Ayaers to visitors since late February to slow the spread of the virus.

The annual pilgrimage, which begins this year at the end of July, traditionally draws around 2 million Muslims from around the world for five intense days of worship and rituals in Mecca.

Global Latest: Coronavirus infections are surging in many large countries that have been lifting lockdowns.

UK lockdown: British Prime Minister Boris Johnson is expected to announce a further loosening of nationwide lockdown restrictions today. Pubs, cinemas, galleries and museums will be allowed to reopen on July 4 after more than three months. The move, which is also expected to halve the 2-meter social distancing rule, carries great risks in a nation that has the worst virus death toll in Europe.

Red Square Parade: Moscow is hosting a massive military parade marking the end of World War II in Europe on Wednesday even though Russia’s virus infections are still rising steadily. President Vladimir Putin’s insistence on holding the delayed Victory Day parade seeks to bolster patriotic sentiment a week before a constitutional referendum that could allow him to stay in office until 2036, reports Vladimir Isachenkov in Moscow.

Lebanon AUB: One of the Arab world’s oldest and most prestigious universities, which endured civil war and staff kidnappings, is preparing for what may be the biggest challenge in its storied 154-year history. The American University of Beirut is confronting a global pandemic, a severe recession and the collapse of Lebanon’s currency. The AUB president tells the AP’s Zeina Karam the school will lay off up to 25% of its workforce and shelve a major new medical center.