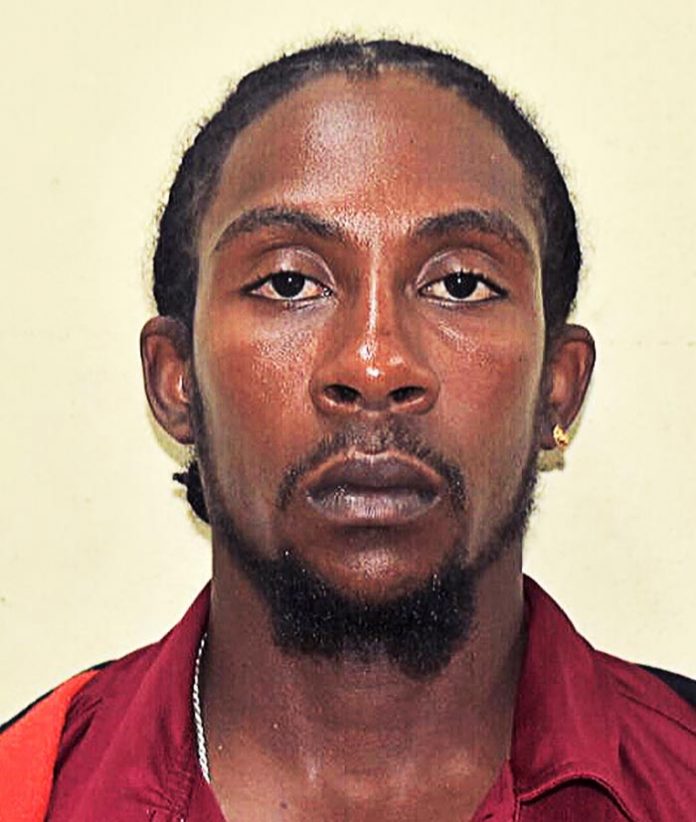 It could be a short season for Kittitian Cricketer Akeem Saunders who has been slapped with a number of drug related charges after he was arrested in Antigua earlier this week on his way back to the Federation and is currently residing in the local jail.
Saunders, 23, has been charged so far with importation of cannabis, possession, and possession with intent to transfer, according to authorities in Antigua.
Police Public Relations Officer for Antigua and Barbuda Inspector Frankie Thomas said Saunders was on remand and was to make an appearance in Court on Thursday (Jan. 18).
Saunders arrived in Antigua Monday aboard Caribbean Airline Flight 459 in transit to St. Kitts after he played this past weekend in Jamaica for the Leeward Islands Hurricanes.
Reports state that Narcotics and Customs K9 officers were on duty at the airport and carried out a search on his suitcase and found 13 grams of cannabis hidden inside his shoe.
Saunders is a professional cricket player, who plays for the Leeward Islands Hurricanes as a middle order batsmen and scored his maiden first class century this season against Guyana Jaguars just last month.

The Observer attempted to talk with officials from the Leeward Island Hurricanes, but was greeted with a “no comment” on Saunders’ status with the team until the legal process has taken has taken its course.

The Hurricanes will round out their final game of the Regional Four day competition with a game at Warner Park in St. Kitts in a Day/Night encounter that began Thursday.

In a release Wednesday afternoon from Cricket West Indies Saunders was announced as one of the players that had been dropped for the final round of games by the Hurricanes.