Prime Minister Timothy Harris, as well as his Cabinet colleagues Lindsay Grant and Ian Patches Liburd have all expressed their satisfaction with the pace of construction on the second cruise pier at Port Zante.

The second cruise pier, which will be 60 ft. wide and 670 ft. long with a draft alongside, was designed to accommodate the berthing of two of the world’s largest cruise ships in the Oasis Class. It was also designed to withstand a “one in hundred year’s cycle storm.”

Ian Patches Liburd, Minister responsible for Public Infrastructure, said this new facility, upon completion, will be comparable to any berthing facility in the world.

“When this is completed, I want to venture to say that we may be the only country in the world that can accommodate three Oasis class ships simultaneously as I haven’t found any port that can do that to date, so we are really making strides in history,” Liburd stated.

Additionally, Tourism Minister Lindsay Grant commented on the importance of this major capital project, noting that it holds significant benefits to the small business sector in St. Kitts.

He said, “This is absolutely important but I should add that it’s not only important for the tourism industry, it’s also important for the business community because right now when we have 3 or 4 ships in, the commercial pier [at the Deep Water Port] cannot function because you have the ships going there, and so [the second pier] will ease the pressure there on the business community in terms of getting their goods on time.”

At present, work is being carried out on the main pier section. According to the Project Manager Tony Butyn, this will be followed by a process known as pile cap construction.

Harris described the build out of the second cruise pier as a worthwhile undertaking by the Team Unity government which represents an enlargement of opportunities for the people of St. Kitts and Nevis

The commercial construction contract for building the second pier was signed between the St. Christopher Air and Sea Ports Authority (SCASPA) of the Government of St. Kitts and Nevis and the Canadian Commercial Corporation (CCC), a crown agent of the Government of Canada. JV Driver is the Canadian Commercial Corporation’s prime sub-contractor on the project. 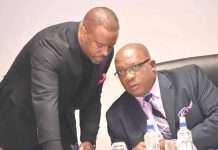 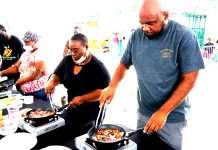