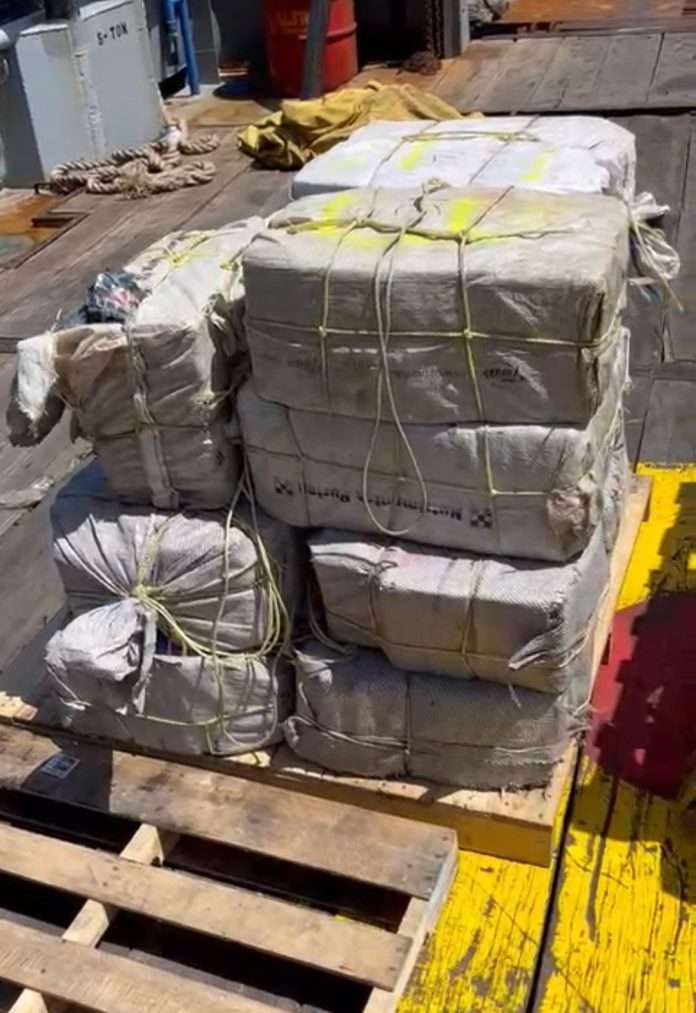 On Tuesday, October 04, 2022, at about 8 a.m. members of The St. Kitts and Nevis Customs Enforcement Division, The Anti-Narcotics Unit of The Royal St. Christopher and Nevis Police Force and The St. Kitts and Nevis Defence Force Coast Guard Operational Division conducted a joint operation at the Deep Water Harbour Port in Bird Rock, Basseterre which involved the rummaging of cargo vessel MV Elizabeth C. The vessel is registered in Trinidad and Tobago with the International Maritime Organisation (IMO) number 8894574. The last port of departure prior to arriving at the Port in Basseterre was St. Vincent and the Grenadines.

The search operation was conducted between the hours of 8 a.m. and 2 p.m. During the search several bales of a white substance were found which are suspected to be cocaine. Additional to that seizure was a quantity of compressed vegetable material in transparent vacuum-sealed bags which were also found and are suspected to be Cannabis sativa . The contents were concealed within the walls of the cabin of the vessel.

The vessel had a crew of five (5) adult males – three (3) are nationals of Trinidad and Tobago and two (2) are nationals of Grenada and Carriacou. The men and the suspected narcotics were taken into Police custody and the individuals are assisting the Narcotics Unit with the investigation.

An initial count of the bales revealed that thirty-two (32) were found. Each bale consists of twenty-five (25) kilo blocks which amount to a total of 800 kilograms (kg) of suspected cocaine. There were sixteen (16) transparent vacuumed plastic bags with a total weight 5.830kgs/12.852 pounds of suspected cannabis.

The investigation into this matter is ongoing.