DRIED UP: In California, Desalination Offers Only Partial Solution to Growing Drought 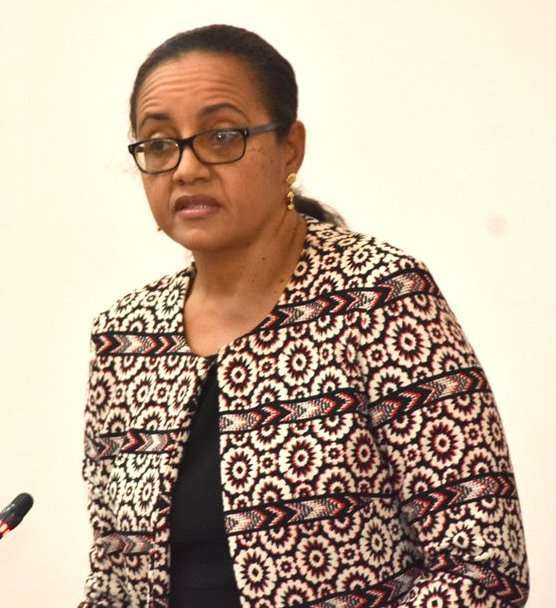 New Minister of Ports and Urban Development Senator Wendy Phipps has revealed some “concerning” findings she has uncovered at the board level of St. Kitts and Nevis Urban Development Corporation (UDC) and St Christopher Air Seaport Authority (SCASPA) leading to the firing of top board members.

Phipps in a press briefing on Friday highlighted the findings uncovered since taking over those ministries earlier this month.

“Based on the introductory meetings to familiarise me with SACSPA it came to my attention that some 62 persons were hired between January 2022 and May 2022.

“My concern was further heightened by the fact that a number of persons that are newly hired are being paid significantly more than other employees hired four to 10 years prior to do virtually the same jobs. What has exasperated this situation is that in spite of written and oral directives to place a freeze on hiring five additional hires had been done with a number of them being paid at this exorbitant rate.”

She said the net effect of the situation is that the new hires will create a payroll burden to SCASPA of almost $2M per year.

“This unfortunate situation comes at a time when it is illiquid and is unable to cover its expenses. The Ministry of Finance has confirmed that between September 2020 and December 2021 it has rendered financial assistance to SCASPA to the tune of 17,287,767.”

She said that even more disconcerting is the fact that the board and management of SCASPA will most likely be making a capital call on the Federal Ministry of Finance by July of 2022 in the amount of $7.3M.

“This is documented in the March 2022 report of the Ministry of Finances Government Entities Monitoring Unit which has determined that SCASPA “ presents a high financial risk to the government.”

She said SCASPA like most entities would have been affected by the pandemic and initiatives were taken to curtail expenditure.

“However, these moves had not significantly improved the Authorities’ financial outlook. As such to engage in a hiring spike when one organisation is insolvent and cant meet its operational cost is not only unsustainable it is also irresponsible.

“These practices give reasonable expectations to new employees that  there is now job security for them when in fact the employer can ill afford such an expansion from its wage bill.”

She added that further research uncovered conflicts of interest where members of the board would have benefitted from the sale of goods and services to SCASPA.

“The situation runs contrary to the SCASPA Act Cap .07.”

“Part 3A states the Authority shall Operate the ports as appears to be best calculated to serve the public interest.”

Addressing UDC Phipps said observations were based on the minutes from the secretary and she is still waiting on other pertinent documents.

“The minutes further state that the cards are to be used to make purchases on behalf of the corporation. It is unclear what levels of control have been exercised over these expenditures that would be covered by the credit cards.”

Phipps noted that it is irregular for corporate purchases to be routinely paid by credit card.

She added that research has uncovered that issues of conflicts of interest would have been evident at the board level of UDC.

“Independent and credible verification proved that one director of the corporation had been asked to resign as a result of him writing a cheque to himself. It should also be noted the said director according to the minutes “was charged with spearheading the project” to construct a security guard hut at the marina a topic that has been the subject of much public commentary over the past several months.

She said that based on the minutes the original estimates were pegged at $227,000 which was subsequently reduced to $150,000.

“In the said minutes, queries were also raised as to who would have authorised the projects mobilization fees and to who was such cheques payments made.”

She said that other concerns were also discovered.

“One case in point was the listing of UDC Project / Financial Obligations which is an outline of the large amounts that were to have been paid out by the UDC in 2021. While most of these expenses were related to operational costs within the UDC’s mandate they appear to have been revised in the support of the former deputy prime minister Shawn Richards in the amount of $100,000 for the outfitting of his private box at the CPL.”

She said the line item was listed as support for Minister and staff incentives.

“We remain concerned as a government that documents that may have been pertinent in assessing the performance and compliance of the corporation are no longer available. We are also concerned about reports that efforts have been made to execute significant contracts without the courtesy of consultation with the new minister.”

Phipps announced that changes have been made in light of these matters at SCASPA and UDC.

“To those directors who no longer serve on these two statutory corporations, we thank you sincerely for your service.”

She also disclosed that an independent audit would be taken of those corporations.

“In light of these matters much of which can rise to the level of accounting irregularity and a breach of fiduciary responsibility. The ministry is finalising an arrangement for an external audit of the operations of both corporations.

We are rather concerned in the manner by which UDC and SCASPA are being managed hence the reason for an independent audit.”

She also announced that Gary Da Silva (SCASPA) and Calvin Esdaile (UDC) are the new chairmen of those boards.