BASSETERRE (St. Kitts and Nevis) – After hosting their successful “Reach One, Teach One” camp in August, the St. Kitts and Nevis Amateur Basketball Association (SKNABA) has built a team with the best 12 talents and will be attending a series of events in the United States.

The group of high school players will be active in several training programs in Illinois and Indianapolis for 11 days – from October 14 to 25.

Joined by SKNABA Vice-President Wendell Pemberton, the national team will also play several games against American high school and college teams. This tour expects to provide young people from St. Kitts and Nevis with scholarship opportunities to go to colleges and universities. John Spezia will be the group’s technical director and coach during the trip.

A NEW LEAGUE IN CAYON

SKNABA also announced the creation of the Clive Thompson Memorial League – a new local basketball league organized by the Cayon Basketball Club. The league is named after a former player from Cayon who tragically passed away while exercising on the beach. The tournament features eight teams and will be played three times a week until mid-November.

“One of the Association’s objectives has always been to foster and host leagues outside of our regular season,” said SKNABA President Glen Jeffers to FIBA.basketball. “However, it was put on hold in recent years due to the lack of committed volunteers to run these leagues, and (the lack) of sponsors. Throughout the National League, these have been some of the challenges.”

Jeffers acknowledged the efforts made by citizens to make these initiatives come true, stimulating the development and the popularity of basketball throughout the St. Kitts and Nevis islands.

“The league is organized by Tyrone O’Loughlin. He’s trying to bring a Cayon team back to the SKNABA National League. This is a way to identify talent in the community. Cayon is one of our strongest communities in basketball and football. But everything was centered around football and no one took up the mantle and worked with basketball players that later moved on to other teams,” said Jeffers.

The Federative leader previewed that another club in the community – Challengers – will have their own league in 2020. 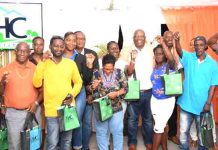 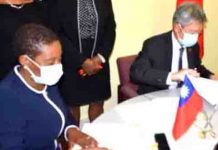