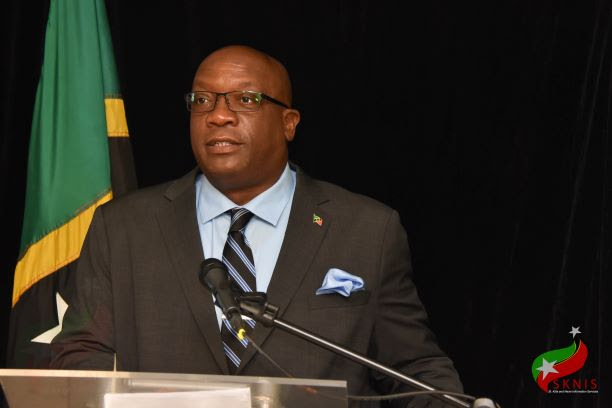 As some territories in the Caribbean and countries around the world start to welcome
visitors after closing their borders due to COVID-19, the Federation is discussing the
best possible procedures to safely reopen the borders.

Prime Minister Dr. Timothy Harris speaking at a press conference said the government
was preparing St. Kitts and Nevis to be ready to engage the global community as soon
as all is reasonably well.

“That determination of the wellness will come from a number of factors including the
council of which we relied upon all these weeks, that is, the health of the people.”

Dr. Harris said the health professionals will give the government a sense of the
exposure and risks attached to the opening up of the economy.

“We are looking at what is happening around us. Some countries in Europe have been
determined to open up because either way it is a difficult challenge. We have seen in
many of those instances they are forced to close again…because the pandemic had
spread in ways they had not anticipated.

“We are guardedly optimistic that some point in the future, having regard to the long
period, we have been able to hold the virus in containment, and that the health
professionals will be able to come comfortably to the cabinet and make
recommendations,” he continued.

He said they were actively engaged in regional discussions concerning the opening
up of the borders.

“Everywhere countries are saying they will do certain things in phases and the
context of the prescription from the WHO, ultimately every jurisdiction having looked at
the template must determine the national interest. A lot of work is still
being done, and a lot of consultation is taking place between CARPHA (The Caribbean
Public Health Agency), PAHO (Pan American Health Organization), WHO, and our local
health team.”

He said the regional professionals are attempting to find consensus on the matter.
“The short answer, we are looking optimistically to the day it will be reasonably safe
enough for us to open up our borders without risking the overwhelming of the health
sector and death to our people.”

Dr. Harris also questioned if there was a sustainable market to open up to.
“What are you going to be opening up to anyway? Almost all the airlines are going
through a period of reorganization and reconsideration of routes, and other matters in
relation to safety; and how they are going to advance the participation in the
marketplace. That is so, whether in Europe or America or in the Caribbean region.”

He continued, “The challenge is, do we do things in a willy-nilly way, people become
sick. They may go out and earn $100, but the health bill becomes $3000. We have to
be deliberate, thoughtful and careful, and wise in what we do. We have a record of
being all those things and will continue to do so.”

He reminded that the border was closed as part of an intervention deemed necessary
everywhere, to control the probability of the Coronavirus impacting many people and
challenging the health systems and resulting in deaths.

“The advice to close the borders had come from our health professionals in
collaboration with the National Emergency Operations Center (NEOC).”

‘He said the health of the nation comes first, and that a healthy economy must have
healthy people engaged in that economy.

“Since 2007 the region has adopted the mantra that the health of the region is the
wealth of the region. We have said, and are aware, that we will have to move to open
up the economy, and we have been doing just that in a very sensible and organized
way.”

Antigua and Barbuda reopened its borders in early June after near three months of
closure and subsequently confirmed 39 new cases of COVID-19. Among the new
imported cases were returning nationals who were recently repatriated from the
Dominican Republic. Antigua had 69 persons tested positive for COVID-19 during the
first wave.

Chief Medical Officer Dr. Hazel Laws has continuously warned that the Federation
remains at high risk for the virus, with two of the major hotspots for the virus located
within the region.

Last week Premier of Nevis Mark Brantley was making a pitch as to the importance of
reopening.

“When you start to add up the people not only directly in the hotels, but those in the
restaurants, the tour operators, the restaurant workers, the taxi drivers. We are talking
about thousands and thousands of people impacted.

“While the safety and security of our people must be our number one priority. We can’t
ignore the fact that we have the hotels, we have investors, we have people who are out
of work, and we cannot continue indefinitely with thousands of people not working. We
are not just talking about Four Seasons. We are talking about the Marriott, we’re
talking about the Park Hyatt, Montpellier, Nisbet,” he said.