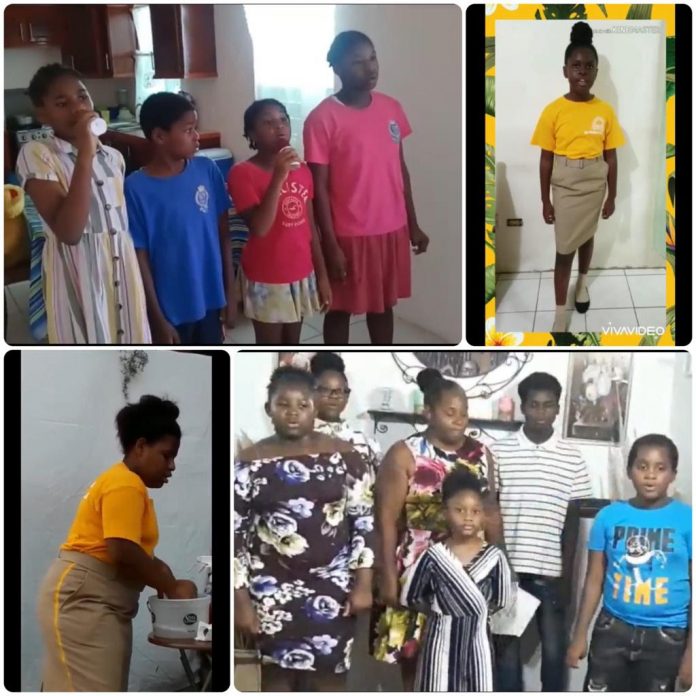 “Conquerors and Over-comers: Explorers may be locked down but they will not stay down”  was the theme as members of Explorers Clubs around the island took up the challenge to showcase their talents in a virtual concert as a part of their response to COVID-19.

The event features a compilation of 49 videos in which the Explorers deliver various performances such as songs, poems, drumming selections, dramatizations, and dances. The production was put together by Mr. Rickey Bharat whose children are a part of the Explorers movement.

“During the State of Emergency and accompanying curfews and lockdowns, one group that has been undoubtedly depressed is the children. There has been and will no doubt continue to be limited opportunities to socialize for a long time,” explained Permanent Secretary in the Ministry of National Security, Osmond Petty as he highlighted the need for this type of activity.

He stated that the initiative was the brainchild of Inspector Rosemary Isles-Joseph who reached out to the parents of the children and invited them to participate by sending her video performances of their children.

Inspector Isles-Joseph disclosed that the parents were very responsive and excited about the initiative, and within five days of contacting the parents, they received approximately 50 videos for the concert.

“… I thought if we can get the children to put something together in the form of a song, a dance or poem, get them to do something that they like without an audience, at least we can get a concert going and put everything together where all the children and parents can see their talent and what they can do. I feel like it came off very well, the children are extremely talented, and we didn’t expect it to be so big, but it just started and I’m proud of the parents and the children,” she added.

The Explorers Movement now has nine established clubs with more than 1000 members throughout St. Kitts.

The Ministry of National Security wishes to thank the parents and all the children who participated in the production. You can view the virtual concert here https://www.youtube.com/watch?v=C rPtM85rC6U or on the Explorers Facebook Page and enjoy it with family.