In January 2005 Brother Louis Farrakhan the Leader of the Nation of Islam was the featured speaker at the Prime Minister’s New Year Gala and he admonished the audience against total dependence on tourism. In his usual eloquent style he opined that “A nation should have tourism, but tourism must never be what you depend on because you make your people only servants of others who come to enjoy rather than to make a sizeable contribution”.

Over a decade ago C. M. Hall described Third World tourism as a form of imperialism, a version of economic dependency, and a new type of plantation economy in his book ‘Tourism and Politics: Policy, Power and Place’ (1994).

THE FUTURE OF TOURISM

In an article under the above-caption Senior Lecturer and Research Fellow of the University of the West Indies/Dr. Jayawardena wrote – “There is no other region in the World that is so dependent on tourism for economic growth as the Caribbean. Annual tourist arrivals to the Caribbean are now around 20 million. In addition over 12 million cruise passengers visit the region annually”.

“Tourism is the largest industry in the world and is of economic importance to developing countries in providing employment opportunities, increased quality of life, education opportunities, improvements in infrastructure and promote development and economic growth” – (Khan 1997).

Empirical evidence reveals that tourism development is fraught with danger and its apparent success in underpinning development strategies particularly in less developed countries is now considered as less than convincing.

The Government of Antigua-Barbuda invested heavily in tourism development following the decline of its sugar industry in the early 1960s. This transition from a sugar-based economy was completed in the 1970s and henceforth Antigua-Barbuda was considered a tourism-dominant economy. In 1978 the tourist industry accounted for 22.2% of its GDP or 36% if other indirect effects were taken into consideration. Statistics provided by Europa Publications 1998 suggested that by 1995 tourism accounted for 70% of its GDP.

Ironically whilst Antigua completed its transition from sugar to tourism in the 1970s the Government in St Kitts-Nevis acquired the sugar estates from the private owners in 1975 but during the period of 1980 to 2003 the contribution of sugar cane to real GDP declined from 9.2% to 1.7% because from the mid 1980s the sugar industry experienced financial difficulties that saw production costs exceeding the average selling price.

On the basis of the information that is available it is difficult to plot a Tourist Area Life Cycle (TALC) curve in relation to the cycle of evolution of St Kitts and Nevis as a tourist resort or destination. This is so because pertinent factors such as access, the rate of development, government policy, market trends and competing destinations will have to be considered. It is however important for those who manage tourism development to understand the TALC and the driving forces behind it.

The theory of TALC suggests that most destinations pass through six (6) stages – exploration, involvement, development, consolidation, stagnation then decline. It is felt nevertheless that if the carrying capacity is not exceeded then there should be no eminent problem. However, if the carrying capacity is exceeded then the TALC will be accelerated.

Tourism expenditure has a cascading effect on the economy and this begins with tourists spending money in the frontline tourist establishments like hotels, restaurants and taxis which then permeates throughout the rest of the economy. This can be examined by assessing the impact at three different levels – the direct, indirect and induced levels.

The direct level of impact is the value of tourist expenditure less the value of imports necessary to supply those frontline goods and services. St Kitts and Nevis cannot provide all of its tourists wants from its own productive sectors as it recorded a trade deficit of approximately EC$391.2 million in 2004 largely as a result of the tendency of the Federation’s tourism industry and the mainly psycocentric clientele who prefer imported foods and other goods.

The indirect effect will derive from those frontline establishments directly receiving the tourist expenditure, like hotels for example, who in turn need to purchase goods and services from other sectors within the local economy. The direct and indirect rounds of expenditure will result in the form of wages, salaries and in some cases distributed profit, rent and interest. The full positive economic impact of tourism can be fully assessed only when the three (3) levels of impact (direct + indirect + induced) are estimated.

The late Jamaican Prime Minister, The Right Hon Michael Manley, in his foreword to Patty Pattullo’s Last Resorts wrote – “The Caribbean needs tourism yet if its underlying dynamics are not understood, it can be an engine of short-term cash enhancement and long-term disaster. The danger lies in an industry increasingly based on the all-inclusive resort, walled off from the surrounding countryside and importing its food and furniture, its designs and designers, its fabrics and fashions from the U.S. mainland”.

There is a continuing argument about the movement away from the cash-crop economy that dominated the Caribbean since the colonial period, toward a tourism-based economy that is supposed to build a much sounder economic foundation. Many critics believe though that too much profit from the tourist industry goes to foreign investors who own the hotels, communication systems, and intra- and inter- national transportation systems that seemed to have flourished during the tourism boom.

There is also a strong view that tourism has reintroduced racial and gendered labor divides that have restricted women in particular to stereotypical, low-paying, low-skill service jobs. Critics have claimed that the growth of tourism in the Caribbean has created a new mono-commodity system that is just as vulnerable to the whims of the outside world wherein the commodity is the Caribbean land, its people and its culture.

The economic, socio-cultural, and environmental concerns that currently surround tourism development and consumption should make Kittitians and Nevisians wary about its long-term sustainability. These concerns ought to sensitize tourism planners to devise strategies that include the principles of sustainability to balance political, environmental, social, and economic considerations so that they meet the needs of the current generation without sacrificing the ability of future generations to meet their own needs.

There is a prevailing view that the success of tourism in the Caribbean is not the derivative of planned achievement but instead in a majority of countries in the Caribbean tourism just emerged as an economic saviour by accident pursuant to the failure of the traditional agro-export sector to retain its position in the global market place. Success of any tourism strategy should not be measured in terms of increased arrivals/numbers and revenues but it needs to take into account the way in which tourism development can be integrated within broader development goals of local communities.

It therefore requires a plan of action which focuses on areas such as energy efficiency, management of potable water resources, transport, land-use planning and management also partnerships for sustainable development. There is a need for greater focus on the sustainability of our product and for a more qualitative rather than a quantitative base for tourism. Public sector authorities need also to be fully focused on assessing the carrying capacity for each tourist attraction near these expanding and new resort areas.

The sustainable development of tourism must involve the local people not only in determining the form tourism should take, but also in controlling ways income from tourism should be spent to benefit their communities. As long as local people see the benefits of tourism they will become the most efficient guardians of their natural environment and cultural heritage.

With the greatest respect Tourism will yield more negative than positive results if used as the sole or primary vehicle for development and not placed in the hands of the local people who are most impacted.

Royal Caribbean Cruising Around Britain From May 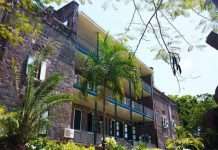 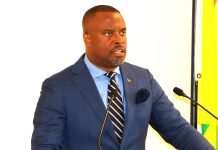 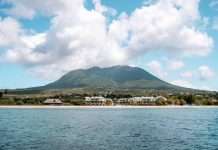 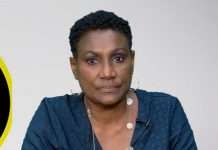