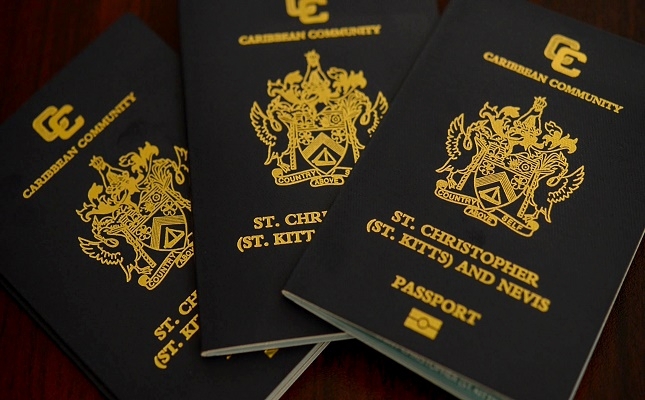 Caribbean passports Saint Kitts and Nevis, Saint Lucia, and Grenada are among the most invested in passports by residents in the UAE seeking dual citizenship, according to a Dubai-based passport advisory.

These passports are attractive due to the many incentives they offer, including citizenship-by-investment programs, visa-free access to over 160 countries, and certain tax exemptions, the firm said in a statement on Tuesday.

Lebanese, Syrian, Nigerian, Pakistani, and Bangladeshi nationals were among the top five nationalities investing in second citizenships, all for various reasons, the most common of which is the difficulty in traveling posed by the lack of visa-free access to many countries.

“We have witnessed a steady increase in people investing in passports, particularly in the last couple of years after the pandemic and have had very positive feedback in terms of foreign investment from all of our clients, which is a great sign and a testament to the importance of investing in a second passport,” said the Swiss boutique advisory’s founder and CEO Jeffrey Henseler.

A noteworthy trend in the citizenship-by-investment space is the use of cryptocurrency to invest in passports, which has been continuously growing in the UAE over the past six months as it allows for immediate, secure and hassle-free payment without needing to provide bank documentation.

“We also believe that the evolution of this industry in terms of now being able to invest in second citizenship by using cryptocurrency as a transaction will only add to its popularity, especially with the benefits that it provides, especially to the countries that are currently facing financial and security risk issues,” Henseler added.

In an interview with Al Arabiya earlier this year, Henseler said that he noticed an uptick in demand and inquiries for dual citizenship, namely from citizens of first-world countries who were concerned about their safety since the Russian invasion of Ukraine.