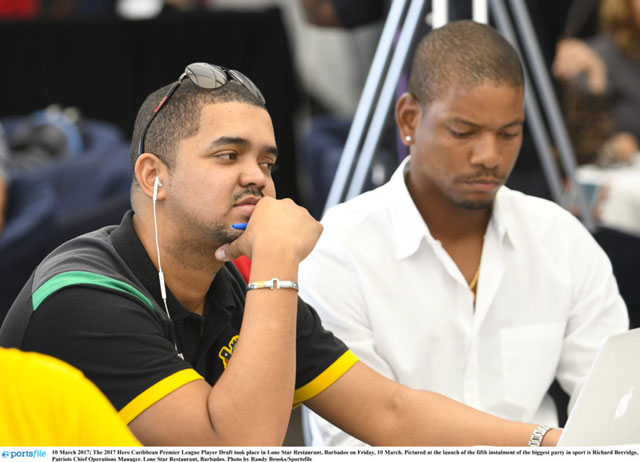 Basseterre, St. Kitts-The final roster for the St. Kitts and Nevis Patriots for the yea’rs Caribbean Premier League (CPL) has been completed following the draft Friday morning in Barbados.

However, the Patriots retained several players ahead of the draft at the various salary levels headlined by big hitting opening batsman Chris Gayle and were limited in their picks during the draft.

Representing the Patriots at the draft in Barbados was Patriots Chief Operations Manager Richard Berridge and player Kieran Powell and Jonathon Carter.

“Chris is a huge player in any team that he plays for and I think that with his addition to the St. Kitts and Nevis Franchise, we are hoping that we can make it to the semi-finals this year. It is really nice to be on the same team with Chris as opposed to having to bowl to him so I’m really looking forward to his inclusion in the team and we know what a really great player he is and the impact that he can have on a tournament,” he said.

“Hopefully he can make it a third this time with the St. Kitts and Nevis Patriots,” he said.

“Phil has a wealth of experience he has been throughout the world I worked with him during the World T20s. he is a relaxed coach he gives you the opportunity to be yourself and level of freedom is really needed in T20 cricket,” he stated.

Mr. Badree also spoke to what Mr. Simmons brings to the table having worked with him in the West Indies t20 setup.

“He has good management skills and it is second to none in the world and I think his inclusion will bring a certain level of stability to the team,” he said.

Badree also set sights on the team moving from the foot of the table and making their first appearance in the semi-finals.