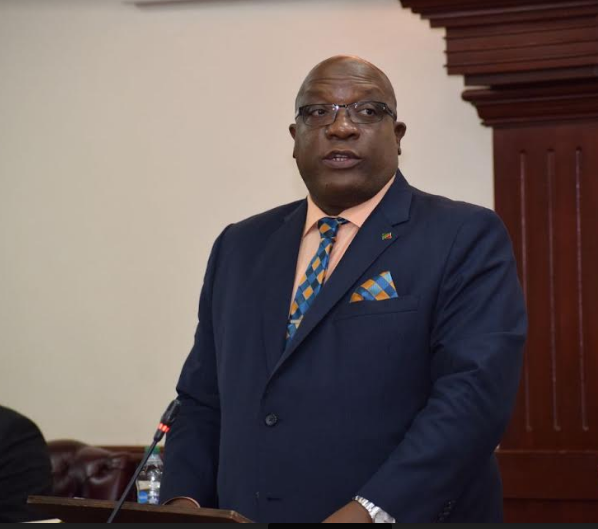 “We stand, and our country stands as a responsible and principled entity with the rest of the world in its effort to free the landscape of all manner of crimes, but in the context of the specifics of the Bill [crimes relating to] money laundering, financing of terrorist activities, and the proliferation of weapons of mass destruction.”

This was the assertion of Prime Minister and Minister of Finance, Dr. the Honourable Timothy Harris, with the passage of the  Miscellaneous (Financial Services) (Amendment) Bill, 2021 in the National Assembly yesterday, opening the door for the use of a number of key elements to address issues that have been problematic for many territories globally.

Dr. Harris was keen to emphasize that under a Team Unity Government, St. Kitts and Nevis, stands firm on the side of law and order.

“We have to ensure that as the global financial space evolves, that our legislative response – the legal basis on which we will act – that that also evolves, so that those who commit crimes will have no shelter in terms of being able to point to deficiencies in the law which will render efforts to contain them and to disrupt their illicit activities. They should find no safe haven in any quarter in St. Kitts and Nevis.”

The legislation provides for various amendments to facilitate the comprehensive implementation of measures to boost national security, strengthen investigative techniques, and foster greater coherence within the financial services sector, in keeping with the requirements of the Financial Action Task Force (FATF) 40 Recommendations to prevent and combat money laundering, anti-terrorism, and proliferation of weapons of mass destruction and for related matters.

“The FATF recommendations are now recognized as the global anti-money laundering and counter terrorism financing standard,” the Prime Minister said.

Dr. Harris, who moved the Bill through all stages, noted that “Compliance with these recommendations is determined at periodic intervals and countries are expected to pass what is considered the issue or the standard of technical compliance, and then the effectiveness test or operational compliance. This method of evaluation is a Peer Review mechanism by which members of the global alliance, which forms the FATF and some nine other regional affiliates, are bound by. This Bill in particular is intended to ensure that we are updated and are in sync with current thinking with respect to the fundamental recommendations.”

Before its passage, the Bill received strong support from Attorney General and Minister of Justice and Legal Affairs, the Honourable Vincent Byron.