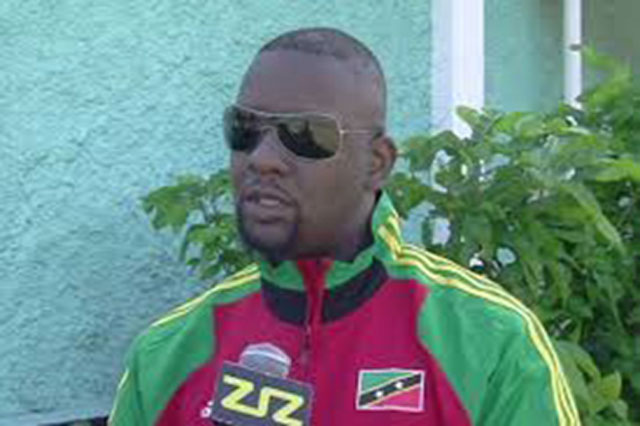 Basseterre, St. Kitts-St. Kitts and Nevis Amateur Athletic Association (SKNAAA) is aiming to push on from a successful 2016 season that that saw 10 new national records being broken in the junior and senior categories.

In an interview with media practitioners PRO of the SKNAAA Evris Huggins said the records broken was the highlight for track and field in 2016.

“2016 proved to be another amazing year for the SKNAAA, we had our highs and lows but the highlight was the 10 national records that were broken,” he declared.

Among the records a total of three National Junior Records were eclipsed and Mr. Huggins highlighted those records.

“In the 110m hurdles Akeem Chumney breaking that record 13.91 seconds which also earned him a qualifying mark for the World U20 Championships that were held Poland. We had Jermaine Francis who broke the national junior and senior record in the High Jump with 2.16m and he was also the CARIFTA Gold Medallist in the CARIFTTA Games that were held in Grenada in 2016,” he said.

“We had Reanda Richards who is now overseas based… she  have branched off in the hurdles and ran a time of 60.95 seconds that is a Junior record.”

He then looked at the senior record breakers for 2017.

“Moving into the Senior Ranks we have Kishonna Brookes…she broke the 100m Hurdle record 18.22 seconds bearing in mind that she is still a junior athlete. We have of course Sir Kim Collins breaking the National Record in the 100m in 9.93 seconds he also the fastest man in his age category in history and arguably one of the greatest athletes of all time,” he said.

“We have Akeem Chumney breaking the 110Hurdles in the Senior Category with 13.95 seconds.”

Huggins explained that the height of the hurdles are different from junior to senior so it means Chumney will hold the records in both categories.

“He now brags as the only athlete from St. Kitts and Nevis to break the 14 second barrier in any hurdle event,” he added.

“We have Adrian Williams no stranger to setting records it seems to be a ritual for him to break his own record in the Javelin Throw with 68.20m.”

The PRO indicated that Williams is now a student in a University in Texas.

Huggins also spoke of the decades old records that also tumbled in 2016.

He also looked back at the 2016 Rio Olympic Games that was one of the marquee events on the calendar and singled out the remarkable performance from Kim Collins, being one of the oldest athletes to make it to the semi-finals in the 100m.

Huggins added that they had very high expectations for some of the athletes that competed in RIO.

“We were excited to see Tameka Williams back out and qualifying after returning to track and field after a four year hiatus. In the 4x100m relays high expectations there again but some unfortunate circumstances plagued the team from being able to finish,” he said.

The SKNAAA PRO stated that his organization have already started evaluating ways in which they can improve when they participate at future international meets but indicated that funding is a factor that is important to bring athletes from the amateur ranks to the professional level and become podium worthy.

“These are things we continue to pursue and is something we are working hard on. We have not found the recipe as yet but we are consulting and are looking at best practices from other member federations and we are certain in time we will be able to develop a model to be able to help us set the targets,” he said.

He looked at the 2017 season thus far with another record already being broken.

“2017 has already proven successful for us we already had one national record being broken with Warren Hazel in the 400m.He eclipsed another decade old indoor record and has not lost a race for the year and ran another lifetime best indoor this week,” he said.

Huggins said Hazel now has the 12th fastest time in the world for 2017 but ran it on an oversized track so it would not necessarily go down as a national record.

“We are looking at young Warren Hazel as someone who is potentially to qualify for the world championships in London,” he said.

He spoke about the indomitable Kim Collins who continue to impress on the indoor circuit in 2017.

“We have to single out Kim Collins who at age 40 continues to defy biology by proving himself to be one of the greatest athletes of all time. He currently boast the second fastest time in the world for 60 metres. We are definitely excited about him and look forward to having him participate in the World Relay championships,” he said.

Huggins stated that 2017 has started off on the right foot and they are looking forward to the upcoming events.