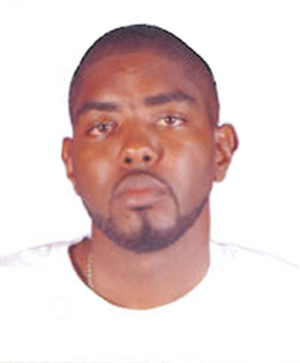 The family of Craig MacDonald are still in a state of disbelief over the Conaree resident’s murder last Saturday.

In fact, the entire community are still coming to terms with the daring shooting that took place inside a corner shop at about 11 a.m.

The storekeeper at Ferdinand’s Shop in Conaree told The Observer that Craig was a regular customer and that she was sitting next to him when the incident occurred.

“It happened so fast that even when I try to think back I can’t remember certain things. He was sitting next to me listening to music on an ipod or something. Then all I remember is seeing a guy in a mask walk into the shop and all I hear is the loud noise,” she said.

The woman was still visibly shaken and explained that she was so traumatized by the events of that morning that she had to visit a doctor. The woman said police had visited her a couple of times and she was still not able to recall any more information other than what she had given in her original statement. She said she could not recall where on his body MacDonald had received the shots, how many bullets had been fired nor how she managed to move from beside the murdered man.

The Observer spoke with Alicia Daniel, the decedent’s aunt who said the family was not taking the death well.

“I was in town when my son called and told me Craig got shot. I couldn’t believe it. He lived here with us so he was like a son to me and a sibling to my children. As far as I know he didn’t have any beef with anyone. I was told that the police had picked up a guy for questioning but I knew them to be friends. I don’t know the other guy that they were questioning,” she said.

The aunt said MacDonald’s mother had called her from Virgin Gorda late on Saturday to ask if it was true that Craig had been gunned down. She said that the wife of a pastor had told her so and upon hearing that her only son was dead, she flew to St. Kitts the following day.

The grieving mother told this newspaper that words could not describe how she felt at having to make funeral arrangements for her only child. Joyce Rodriques appeared listless and sorrowful as she sat next to Craig’s grandmother. The elder woman kissed a photo of her grandson saying ‘Watch my little grandson I used to play with.’

It was said that the funeral was tentatively set for next Saturday but that the family was told that Macdonald’s body would be turned over to them today, after the autopsy was complete.

MacDonald was released from prison in January of this year after being acquitted of murder charges that he and three others had stood trial for. His aunt said he had been mixing with some ‘bad company’ but had told her he didn’t want to associate himself with those kinds of people anymore. The 27-year-old man was employed at a nearby mechanic garage in Conaree when he met his untimely death.