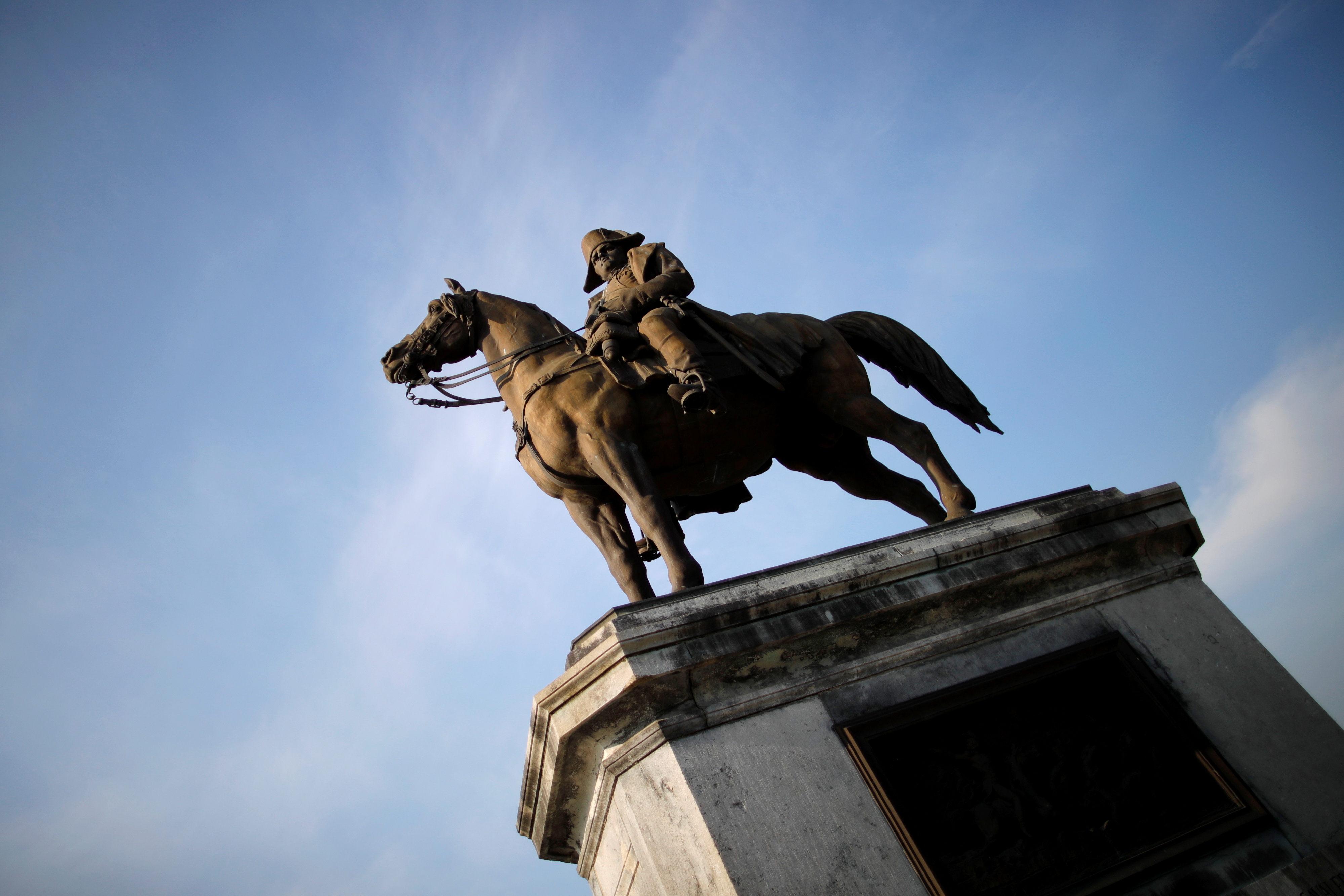 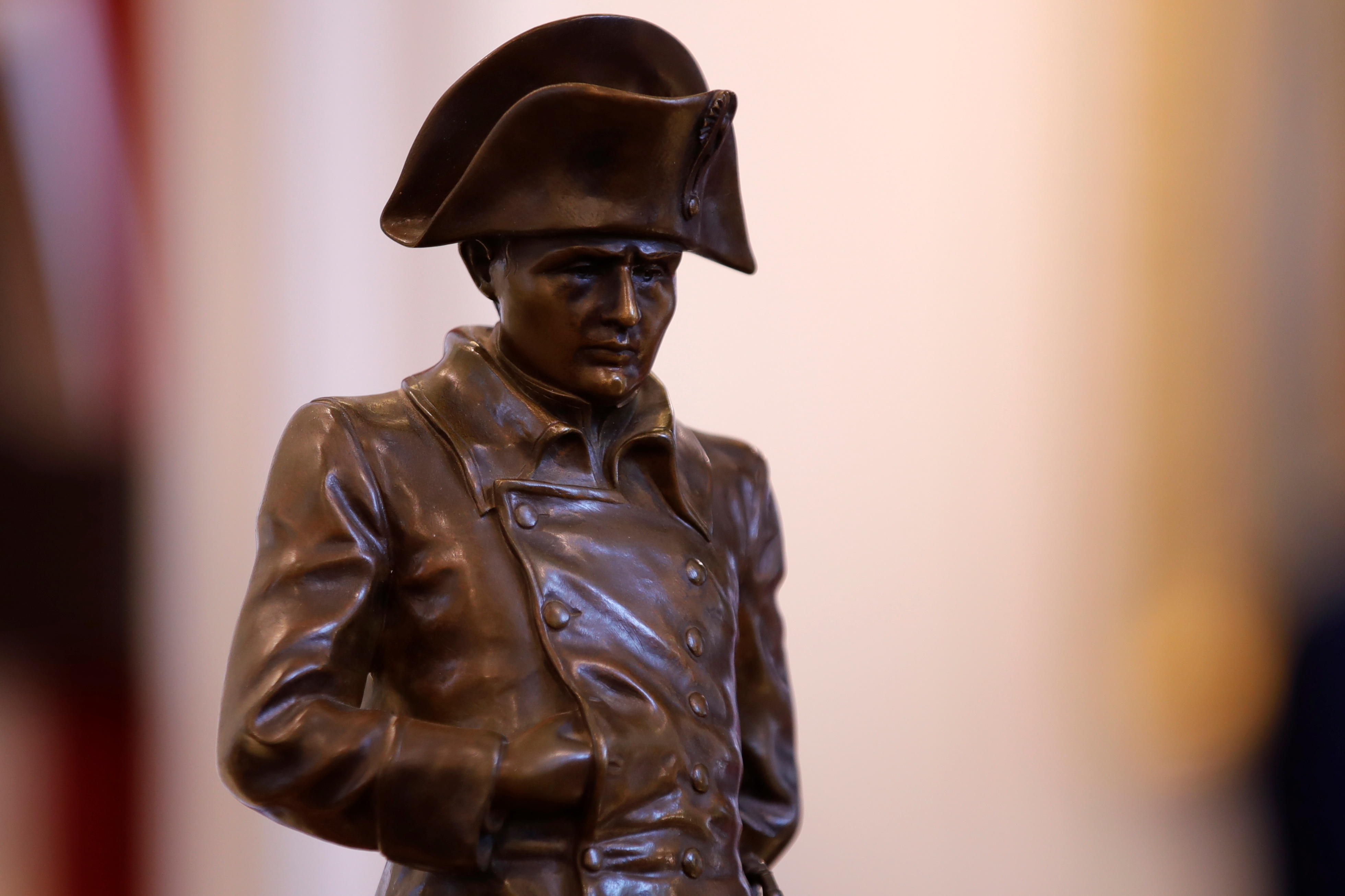 The micro-mosaic “Napoleon Coming out of his Tomb, 1869” by De Rossi from Horace Vernet (1788-1863) is displayed in the Musee de l’Armee (Army Museum) at the Hotel des Invalides in Paris, France, April 27, 2021. REUTERS/Sarah Meyssonnier

When France commemorates the bicentenary of Napoleon Bonaparte’s death on May 5, Aurelie Ramassamy will remember a tyrant who reversed the abolition of slavery rather than an emperor often lionized as a hero for his battlefield triumphs.

Like most Creoles on the Indian Ocean island of Reunion, one of France’s overseas departments, Ramassamy is a descendant of slaves. Family folklore says her mother’s ancestors were shipped to the island to labour on its coffee and sugar plantations.

Her conviction that France turns a blind eye to the harsher aspects of Napoleon’s rule comes at a time the Black Lives Matter movement is emboldening those who denounce the honouring of a leader who placed economic prosperity above universal rights.

“In no circumstances should he be celebrated,” Ramassamy said after laying flowers at the foot of a shrine to the Black Madonna. Local legend says the Black Madonna hid a fugitive Black from slave-hunters, saving his life.

In 1802, Napoleon restored slavery by decree in the French Caribbean and Reunion, even if the 1794 abolition had never been applied on the island more than 9,000 km southeast of Paris.

Revolts were violently put down while white landowners, and the empire, got richer.

Black historians say Napoleon’s links to slavery remain unaddressed in France, which still grapples with its colonial past and charges of deep-rooted racism by ethnic minorities.

It was no longer possible to reduce his legacy to an account of military adventure and French grandeur, said Dominique Taffin of the Slavery Memorial Foundation.

Napoleon is widely revered as a military genius and a master administrator who created France’s penal code, the administrative system of prefets and Lycee high schools.

He ruled initially as First Consul after a coup in 1799 and then as emperor, dominating European affairs for more than a decade.

He was neither pro-slavery, nor racist, but a pragmatist who responded to the social and economic circumstances of the era, said Pierre Branda, a historian at the Napoleon Foundation.

Branda said Napoleon’s views on slavery evolved in his final years when he lived in exile on St. Helena, a rocky island in the South Atlantic Ocean where he died.

“We cannot reduce the history of Napoleon to slavery,” Branda said. “He made a bad decision that he later regretted.”

The 200th anniversary of Napoleon’s death falls at a sensitive time.

The global Black Lives Matter movement has resonated on French streets. The outpouring of anger against police brutality and racism in past months has spurred demonstrations in France and its overseas territories.

In Martinique, protesters in July tore down a statue of Napoleon’s empress, Josephine, who was born to a wealthy colonial family on the island.

President Emmanuel Macron will make a speech before laying a wreath at Napoleon’s tomb in the crypt of Les Invalides.

Talk shows have debated for weeks what tone Macron will strike.

The bicentenary provided an occasion to start reshaping the myth that Napoleon was a national hero, said historian Frederic Regent, a descendant of slaves on the Caribbean archipelago of Guadeloupe.

“I hope the president’s speech is aligned as closely as possible to historical reality,” he said.