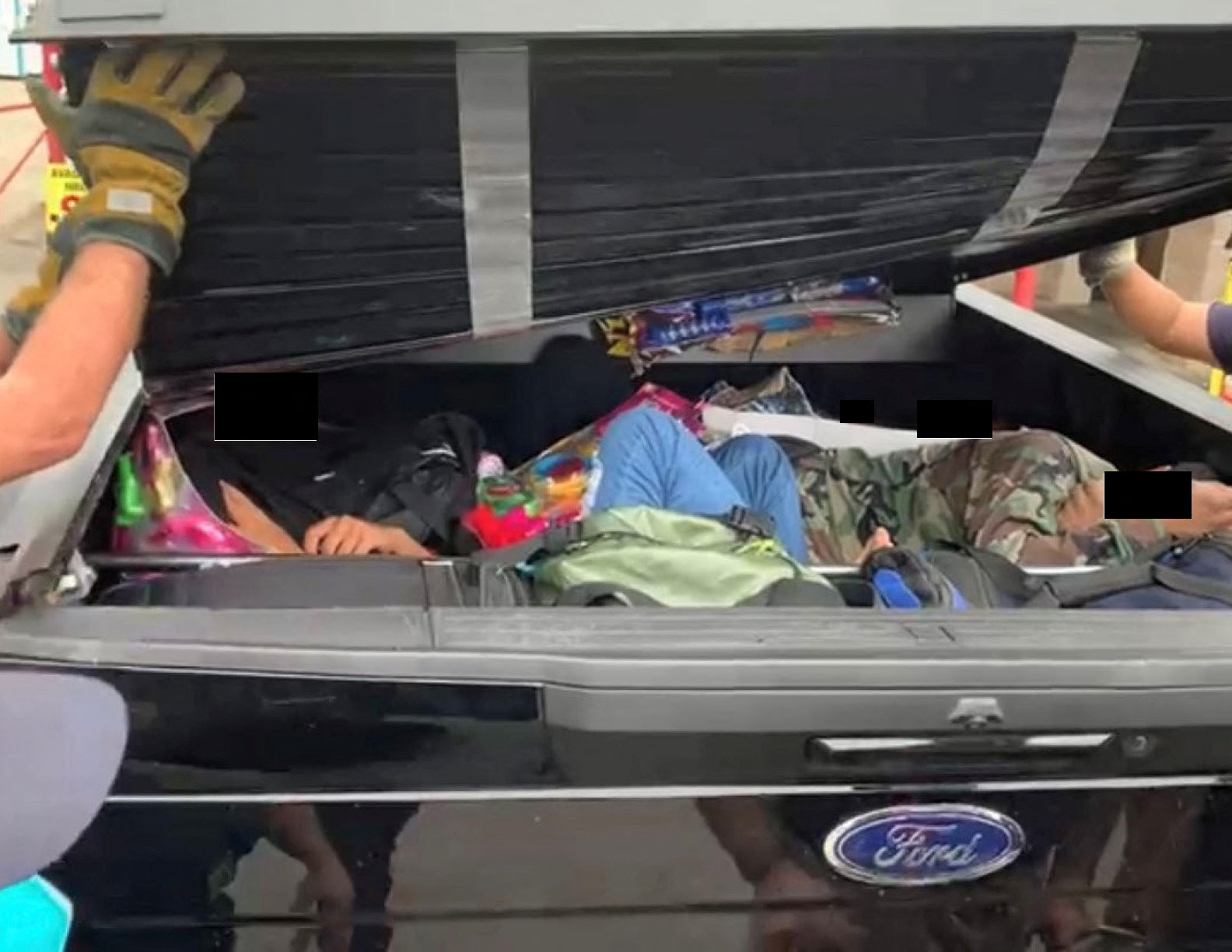 WASHINGTON, Sept 13 (Reuters) – U.S. authorities unveiled indictments on Tuesday of a lucrative human smuggling operation that allegedly included moving migrants in suitcases and water tanks from the U.S.-Mexico border, as the Biden administration cracks down on groups fueling a record number of border crossings.

Eight people, mostly U.S. citizens, were indicted for their roles in smuggling hundreds of people, some hidden in wooden crates on tractor-trailers with little ventilation, according to U.S. officials and related court documents. Another six co-conspirators were cited in the court record.

The indictments are part of a broader effort by U.S. President Joe Biden’s administration to disrupt smuggling networks as border arrests near 2 million this fiscal year, which began last October.

U.S. prosecutors identified Erminia Serrano Piedra, a 31-year-old Texas resident known as “Boss Lady,” as the leader of the operation, which they said generated at least millions of dollars.

Serrano Piedra deposited more than $1.3 million in two bank accounts between December 2017 and August 2021, but reported only $120,000 to financial institutions, prosecutors alleged in a pretrial motion unsealed on Tuesday. No attorney for Serrano Piedra was listed in a U.S. court record database.

At a news conference in Washington on Tuesday, U.S. officials with the Department of Justice and the Department of Homeland Security (DHS) said alleged smugglers were indifferent to human life and concerned only with profits.

“They have become increasingly intertwined with the cartels and there is increasing evidence of the abuse, exploitation and violence they perpetrate on migrants,” said John Tien, DHS deputy secretary. “For too long they have acted with seeming impunity.”

In June, 53 migrants died after they were trapped in a sweltering tractor trailer in San Antonio during an unsuccessful smuggling attempt. Four men, including the alleged driver, have been charged in that incident. read more