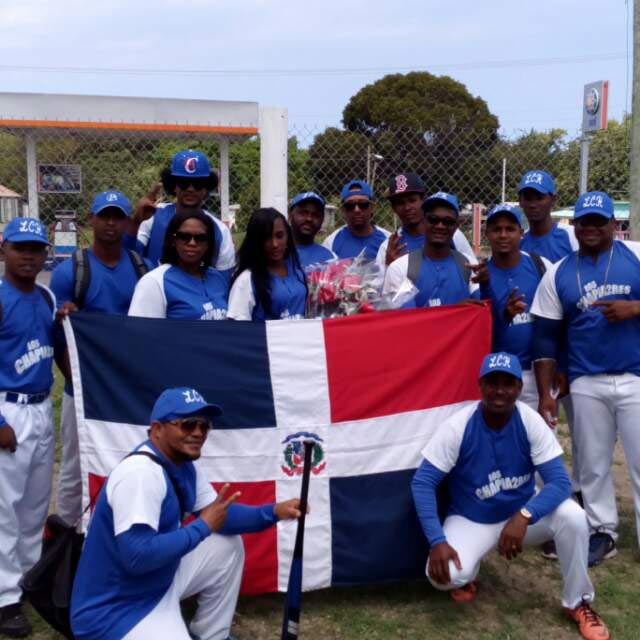 The Spanish community softball tournament ended Sunday (May 29) with St. Kitts’ Chapiadore taking home the championship with the losing captain blaming the loss on his pitcher.

“Sunday we were playing the best out of three,” Calderon explained. “Chapiadore won the first game 7-5; Chamaco Barbershop team won the second game 5-4. In the third game the score was Chapiadore, 7, Chamaco, 6 in the last inning. Santos was pitching, but his behavior got a discipline card from the referee and he was kicked out the game.”

“Because of that we lost,” Calderon said. “At the end the St.Kitts team said thank you for letting them win.”

Six teams with 15 players entered the competition this year. Games were played from April 17 to May 29. Cervecero, Chapiadore, and Peluguevo, in St. Kitts; and Bravo de Nevis, Astor de Nevis and Chamaco Barber Shop, in Nevis.

Despite Calderon’s disappointment in losing the championship he said the teams are preparing to travel to Monserrat. They will have a Father’s Day Softball Tournament in July.

In a previous interview Calderon pointed out, “In Santa Domingo we play baseball all the time, it is very important to us. Every year many Santa Domingo players, some as young as 16, are recruited to join major baseball teams in the states (United States). So baseball gives us many opportunities to make a great life for ourselves and our families.”

The winning team Chapiadore received the winner’s trophy and will have a celebration party at a later date.