MARACAIBO, Venezuela, Sept 8 (Reuters) – In Maracaibo, the once wealthy Venezuelan oil city, two innovators are trying to push a new trend: small electric and solar-powered cars that offer an alternative for people fed up with regular fuel shortages and long lines as the gas station.

José Cintron, a 43-year-old electrical technician, has developed a solar-powered car, while Augusto Pradelli, 61, has created a micro electric vehicle (EV) that can also use solar panels. Both cars are built on the frame of old golf carts with more powerful batteries.

“These electric motors don’t make noise, they don’t vibrate, they don’t pollute, they are the future,” said Pradelli from his workshop in Maracaibo, the capital of Zulia state, in the far northwest of Venezuela.

“The world has to think about how to get out of pollution and global warming.”

The small vehicles can carry four people and travel between 25 and 40 kilometers per hour. The batteries can be recharged with the solar panels in 10 hours or faster through an electric charging point, Pradelli said.

“The beauty of solar charge is that as long as there is sun the car is always charging,” he said. “The sun is free and that’s what you have to take advantage of.”

The two men, who self-funded their innovations, are hoping to work together to develop a hybrid electric car and eventually attain national production, a big dream in a country that was once one of the world’s top oil producers. 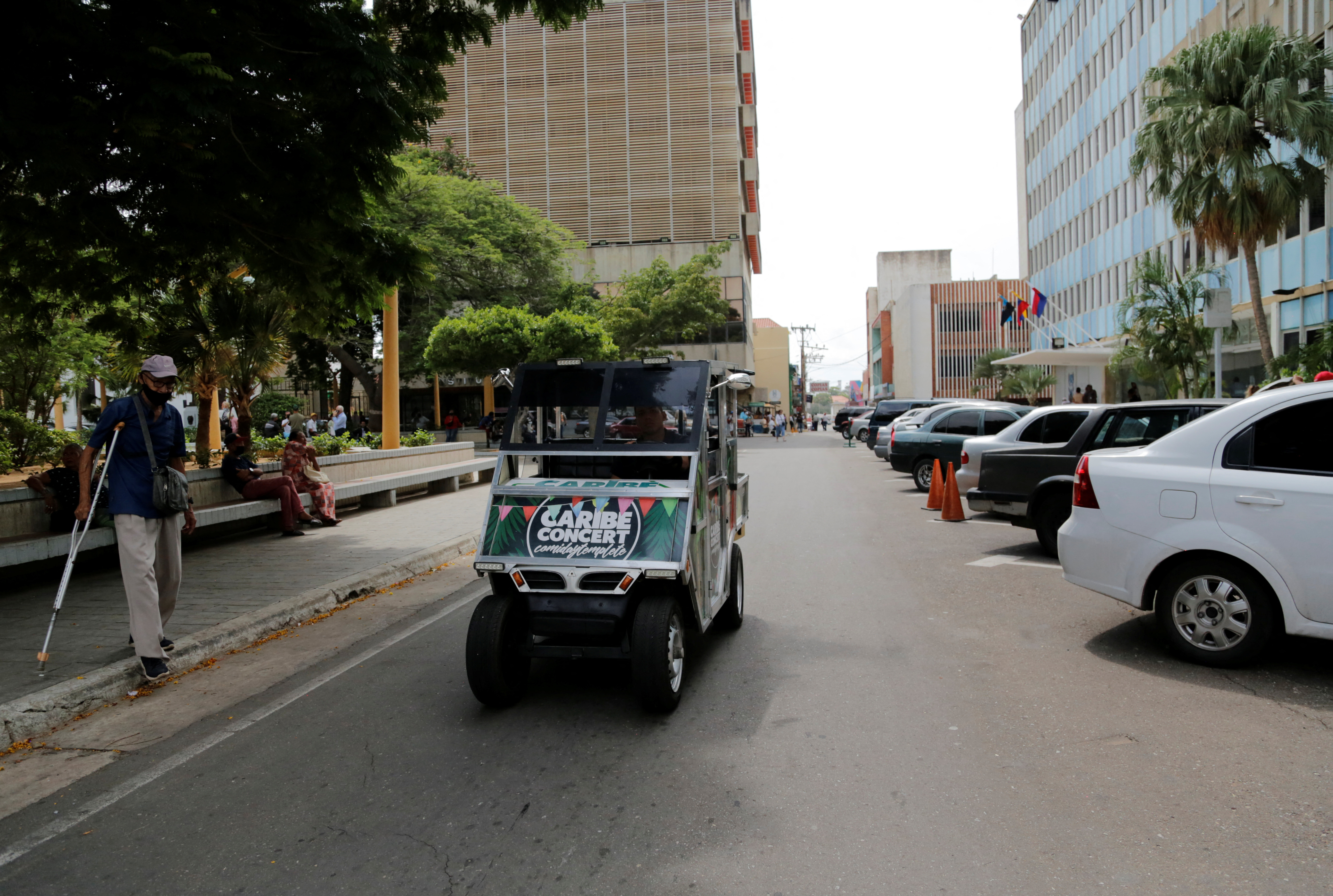 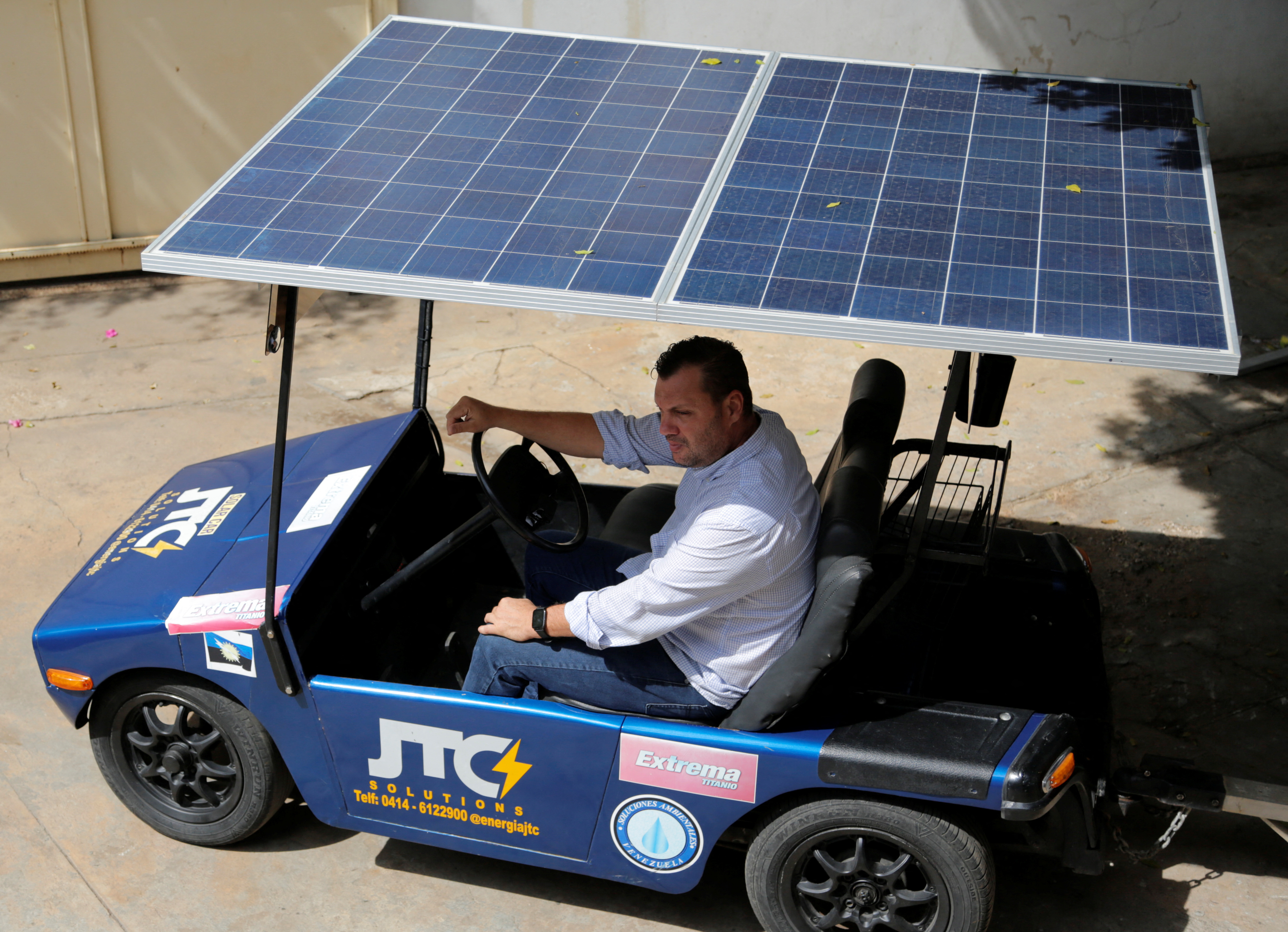 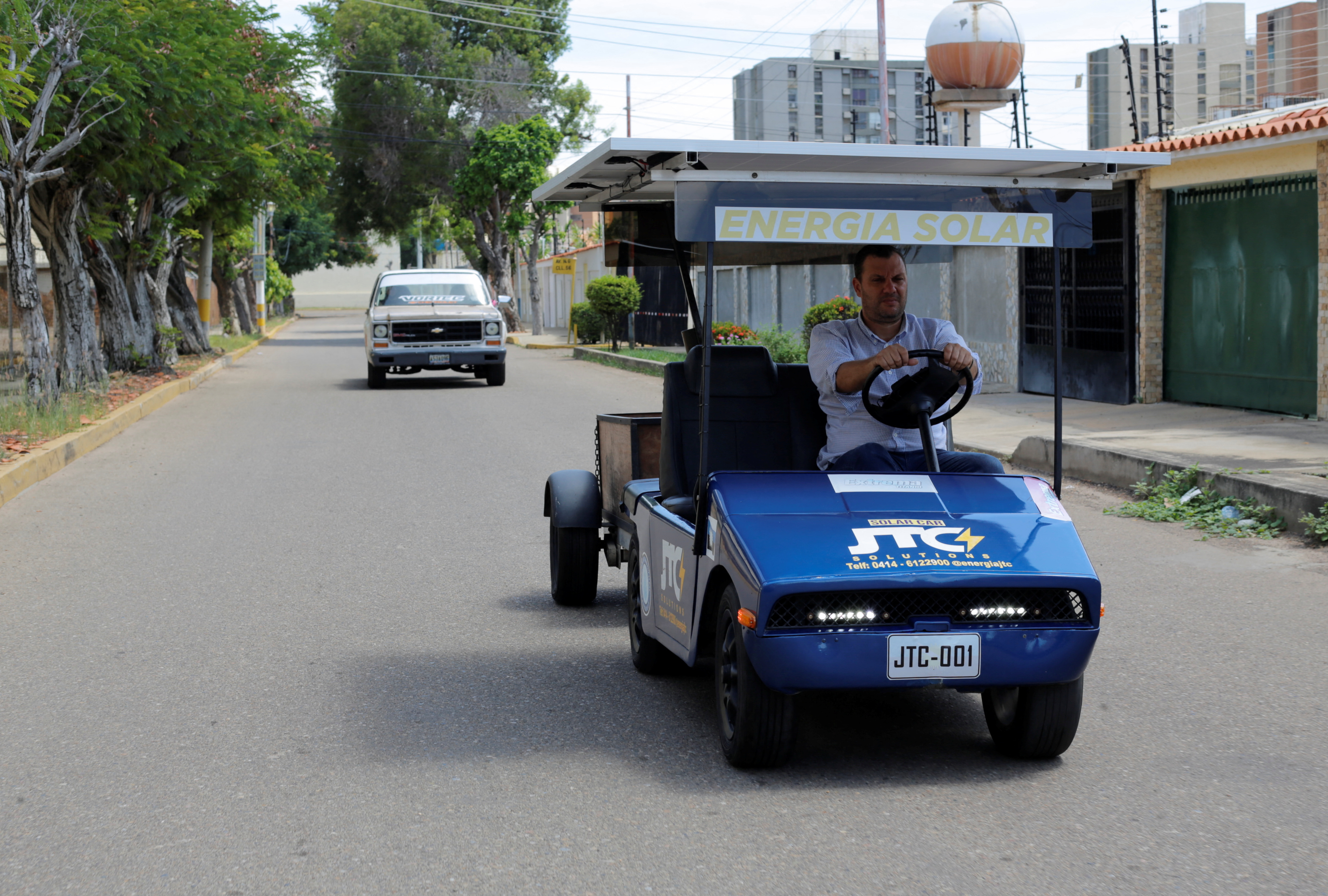 “Solar energy is the future, we have to stop relying on fossil fuels,” Cintron said. “But it’s not overnight and oil is not going to go away that easily.”

Both, however, said the environmental benefits were only part of the lure for people in the city, known as marabinos. More of an attraction was the way solar-powered cars could help with incessant power outages and fuel shortages.

Production has dropped in Venezuela’s state-owned oil industry after years of poor maintenance and a lack of investment. Long queues at gas stations are a regular occurrence.

Maracaibo, with 2 million inhabitants, is the second-largest city in Venezuela, with tropical temperatures of more than 34 degrees Celsius almost all year round. The heat makes walking uncomfortable – another selling point for cheap EVs.

The solar panels also provide a solution to regular power cuts that have hit the region.

Pradelli said Venezuela President Nicolas Maduro had even indicated support at a science and technology event in August, when his vehicle had been on display.

“The president told me: ‘Augusto, I’ll buy it from you,'” said Pradelli, adding he told the president that he would then need the means to produce it.

“‘It would be necessary to manufacture them, Mr. President, and for that an industry, an assembler, is needed,'” he recalled.