Guardian  (UK)-A new variant of the coronavirus has worryingly emerged in the United States.

The new version poses yet another public health challenge in a country already losing more than 3,000 people to COVID-19 every day.

The mutated virus was first identified in South Africa before being found in two cases in South Carolina, Michelle Liu and Mike Stobbe report.

State public health officials say it’s almost certain that there are more infections that have not been identified yet. They are also concerned that this version spreads more easily and that vaccines could be less effective against it. The two South Carolina cases do not appear to be connected.

VIDEO: First US cases of COVID variant in South Carolina.

Other variants first reported in the United Kingdom and Brazil were already confirmed in the U.S.

Meanwhile, Novavax says its COVID-19 vaccine appears 89% effective, based on early findings from a British study. The shot also seems to work against the mutated versions of the virus identified in the U.K. and South Africa, though not as well.

The coronavirus has killed an estimated 433,000 Americans and is going through its most lethal phase yet, despite the rollout of vaccines, with these new and more contagious variants from abroad turning up in the U.S.

U.S. States Fight: Lawmakers around the U.S. are moving to curb the authority of governors and top health officials to impose emergency restrictions such as mask rules and business shutdowns. Many of these legislators are resentful of the way governors have issued sweeping executive orders and they are pushing back in states including Arizona, Michigan, Ohio, Kentucky, Indiana and Pennsylvania, David A. Lieb reports. Some governors say they need authority to act quickly and decisively against the fast-changing threat. 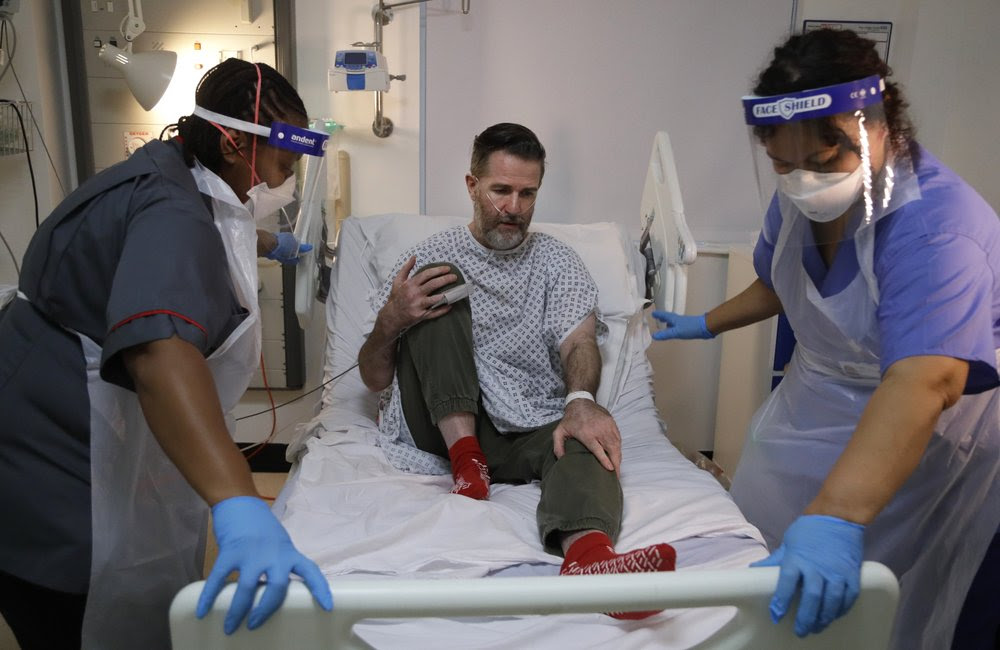 “This is a significant historical moment and they protected the country.” Not a profound remark from a leader, but one of effusive thanks from a British coronavirus patient.

When the U.K. surpassed 100,000 coronavirus dead this week, it was much more than just a number to one man lying in a hospital bed with COVID-19. He knew how easily he could have become one of them, were it not for the medics and otherstaff who worked to save his life.

The scale of Britain’s raging outbreak can seem overwhelming, with tens of thousands of new infections and more than 1,000 deaths added each day. But on hospitals’ COVID-19 wards, the pandemic feels both epic and intimate, as staff fight the virus one patient at a time, and with no end in sight, Jill Lawless reports from London.

Dubai’s Woes: After opening itself for New Year’s revelers — and those escaping their own national lockdowns — Dubai now finds itself blamed by countries for spreading the coronavirus abroad. That’s as questions swirl about the city-state’s ability to handle reported cases spiking to record levels. The government’s Dubai Media Office said the sheikhdom is doing all it can to handle the pandemic. However, it repeatedly declined to answer questions from the AP about its hospital capacity. A former top official is now questioning the city’s ability to respond. Meanwhile, countries including Denmark, Israel, the Philippines and the United Kingdom link cases back to Dubai, from where Jon Gambrell reports.

China WHO Mission: A World Health Organization team has visited a hospital where China says the first COVID-19 patients were treated more than a year ago. The visit is part of the experts’ long-awaited fact-finding mission on the origins of the coronavirus. The WHO team members and Chinese officials earlier had their first in-person meetings at a hotel. WHO has said they plan to speak to first responders and patients and visit markets and laboratories in Wuhan. The team’s mission has become politically charged, as China seeks to avoid blame for alleged missteps in its early response to the outbreak, Emily Wang Fujiyama reports from Wuhan.

Tanzania Virus Denial: The president of Tanzania says God has eliminated COVID-19 in his country. His own church now begs to differ. The local Catholic authority warned this week of a new wave of coronavirus infections, and government institutions now require staffers to take precautions. Suddenly, populist President John Magufuli is being openly questioned as the African continent sees a strong resurgence in cases. And yet he questions the vaccines that have begun arriving in Africa. One African health official warns Tanzania that “if we do not fight this as a collective on the continent, we will be doomed.“ Tanzania stopped updating its virus numbers in April, at 509 cases, Cara Anna reports.

Brazil’s Sao Paulo Spread: Just as Brazil has a glimpse of hope with the start of vaccination, it faces a dizzying resurgence that is straining facilities’ ability to treat patients. Intensive-care units in public hospitals have been overwhelmed in several states and municipalities across the country, including two state capitals in the remote Amazon and even some cities like Jau in Sao Paulo, the nation’s wealthiest state, Tatiana Pollastri and Diane Jeantet report.

Greece ICU Cleaners: The workers who clean coronavirus intensive care units say that their work has been overlooked since the pandemic began. The cleaners run a daily gauntlet of risks to ensure that ICUs run smoothly and are critical to preventing the spread of disease in hospitals. But their status as unskilled laborers in a behind-the-scenes role has left them out of the public eye. One cleaner who works at the main COVID-19 treatment center in Athens, Greece, says the cleaning crew feels like “the smallest cog in the wheel.” Medical experts agree that cleaning is vital in hospitals, where infections are especially troublesome, Elena Becatoros reports from Athens.

NZ Dangerous Liaison: New Zealand authorities say a woman returning to New Zealand who was placed in a 14-day mandatory hotel quarantine and a man working there were found in an inappropriate encounter. The incident earlier this month has highlighted a very human weak point in New Zealand’s virus elimination system. Authorities say the pair’s behavior was totally unacceptable and an investigation is underway to determine whether additional security measures are required. The worker was immediately sent home and told to self-isolate and later fired. The returning traveler, meanwhile, was given a formal written warning by the police. Authorities breathed a sigh of relief after both returned negative coronavirus tests, Nick Perry reports. 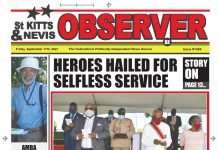 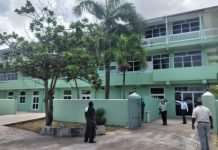