RIO DE JANEIRO (AP) — South American countries on Monday began easing COVID-19 restrictions even as the region hurtles toward its viral peak, disregarding the example set by European nations that were battered earlier by the virus.

Some of Brazil’s hardest hit cities, including the jungle metropolis Manaus and coastal Rio de Janeiro, are starting to allow more activity.

Bolivia’s government authorized reopening most of the country and the government of Venezuela’s Nicolás Maduro unwound restrictions. Ecuador’s airports were resuming flights and shoppers returning to some of Colombia’s malls

Rolling back measures runs counter to Europe’s approach of waiting for the worst to pass before resuming activity, and South America trails much further behind on its viral curve. Even European nations that lifted restrictions earliest in their respective outbreaks – the U.K. and Russia – did so only after clearing their initial peaks.

The executive director of the World Health Organization’s Emergencies Program, Mike Ryan, expressed concern over South America’s climbing contagion, telling reporters Monday that the region had become an “intense zone of transmission for this virus,” which had not yet reached its peak.

“Clearly the situation in many South American countries is far from stable. There is a rapid increase in cases and those systems are coming under increasing pressure,” he said.

Data from the WHO’s Pan American Health Organization shows the region’s seven-day rolling average of new cases continues rising, due in large part to Brazil, which accounts for more than half the total. 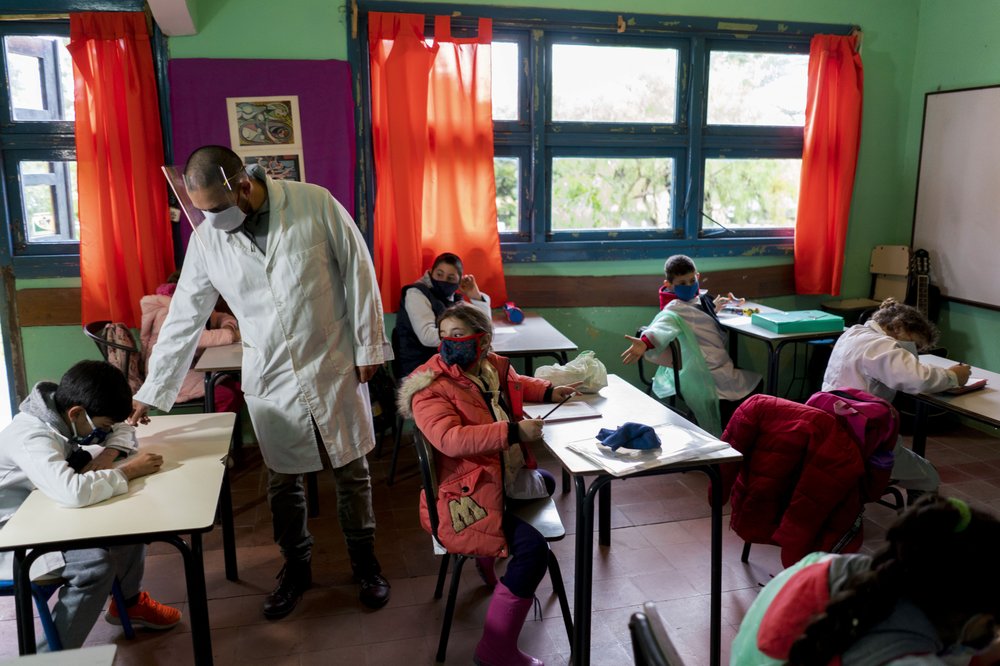 Wearing face masks amid the new coronavirus pandemic, a teacher leads his class on the first day back to a rural school near Empalme Olmos, Uruguay, Monday, June 1. (AP Photo/Matilde Campodonico)

Such burials continue, yet the capital of Amazonas state on Monday began loosening its clamp on non-essential businesses. Amazonas registered 818 new COVID-19 cases Sunday, bringing the total number of cases above 40,000. There are more than 500,000 confirmed cases in Brazil, the second most in the world, and experts believe the true toll to be much higher due to insufficient testing.

“Brazil tends to look at Europe, and the problem is that there they did one or two months of strict quarantine and are now reopening,” said Renato Mendes Coutinho, a specialist in mathematical biology at COVID-19 BR Observatory, an independent group of more than 50 Brazilian researchers. “The difference is that the lockdown they implemented and the restriction measures were much more efficient and thorough.”

Ecuador was one of the first South American nations slammed, with grim scenes of people leaving corpses outside their doorsteps in Guayaquil through March and April. The nation’s caseload continues to surge, yet its airport will resume international flights on June 3, according to Nicolás Romero, the airport’s spokesperson, though he said arriving passengers must spend 15 days in quarantine, without specifying how such quarantine will be enforced.

The airport in capital, Quito, recorded its first flight in 80 days on Monday, and flights to Miami and Houston will take off on June 4.

“It has just been one flight so far, but the important thing is the message it gives, of flying safely,” Luis Galárraga, the airport’s spokesperson, told The Associated Press.

Across Ecuador’s border, Colombia has shut the international airport in its capital, Bogotá, until September and locked down an entire working-class district home to 1.5 million people. But in the nation’s second city, Medellin, malls cautiously began opening their doors on Monday, though checking customers’ temperatures upon entry.

Medellin’s Mayor Daniel Quintero highlighted that the city registered no COVID-19 deaths in the prior 30 days. The national death toll, however, continues rising. 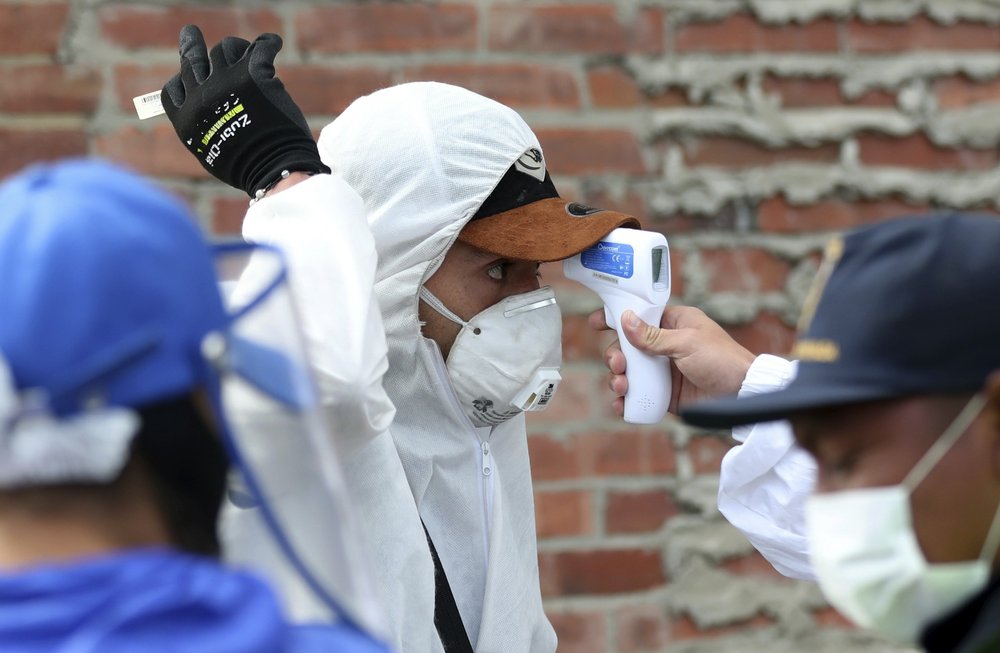 Worker at the Corabastos market, one of Latin America’s largest food distribution centers, takes the temperature of a man. (AP Photo/Fernando Vergara)

Marcos Espinal, director of PAHO’s communicable diseases department, said by phone that reopening too soon could cause harm in certain places that aren’t yet ready.

“If you’re in the middle of the epicenter, we don’t recommend to open,” Espinal said from Washington. “People’s lives are precious, and there shouldn’t be any negotiations of that.”

Venezuela on Monday allowed barbershops, beauty salons, auto shops, construction sites and banks to begin operations, along with other sectors. The nation is dialing down restrictions because it has reported relatively low COVID-19 impact: 1,510 cases and 14 deaths. Experts have roundly criticized Venezuela’s data as suspicious. 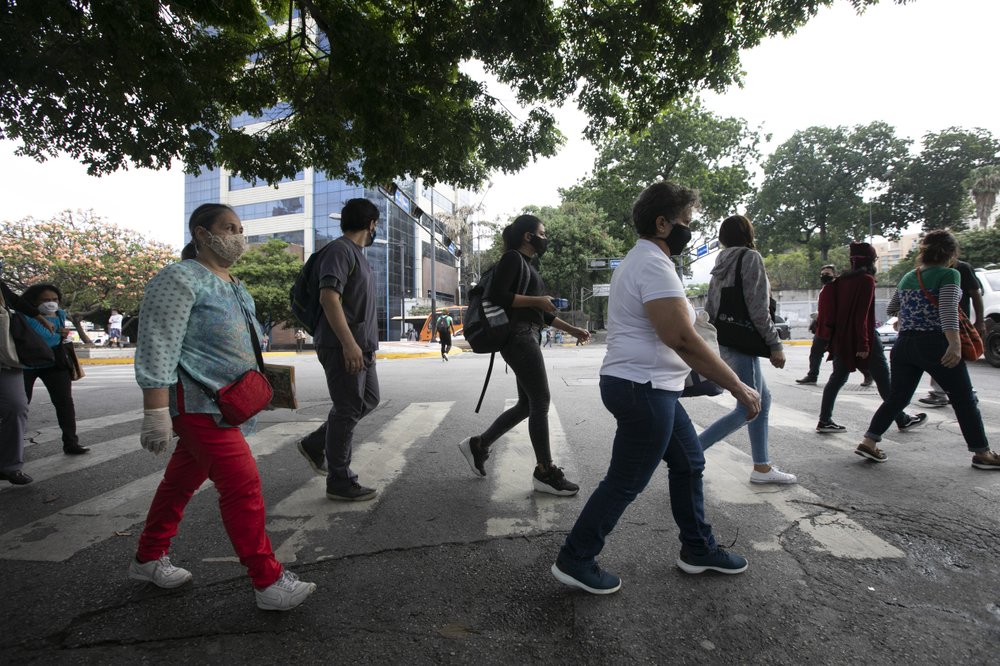 After two and a half months of COVID-19 related quarantine some industries in Caracas are allowed to reactivate under a scheme of five days’ work and 10 days rest. (AP Photo/Ariana Cubillos)

Bolivia on Monday instituted a so-called “dynamic quarantine” in most of the country, keeping parks and shows shuttered while resuming work, commerce and public transport, even as contagion continues rising.

The government’s public works minister, Iván Arias, suggested Monday that men shave their beards and mustaches to prevent infection. The Health Ministry’s epidemiological director, Virgílio Prieto, offered less optimism about recalibrating the nation’s quarantine, admitting it “could bring about an explosion of the new coronavirus.” 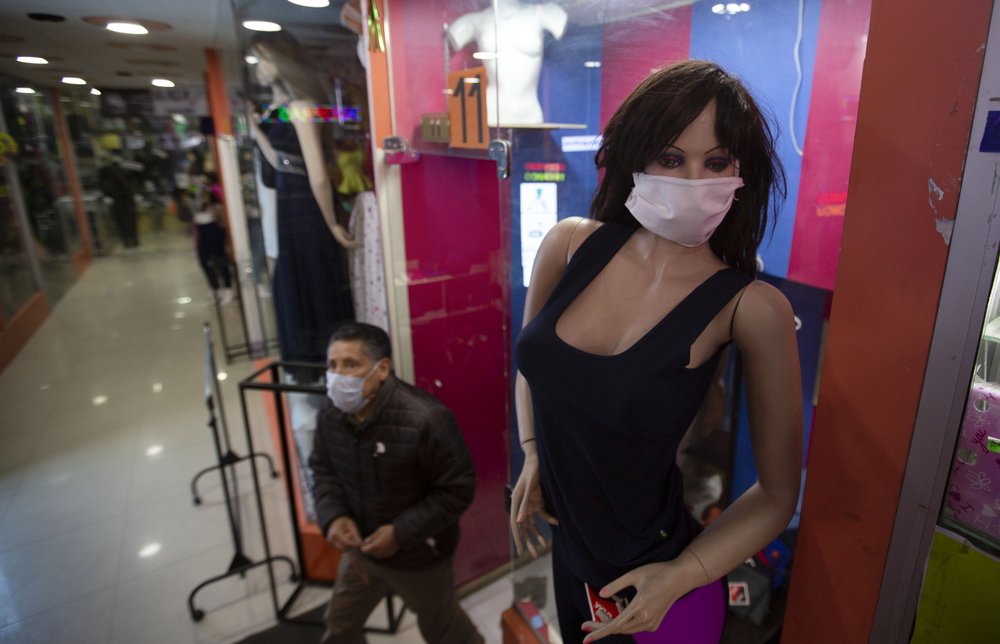 Mannequin wearing a face mask stands at the entrance of a women’s clothing store on June 1 in La Paz, Bolivia. (AP Photo/Juan Karita)

Across the ocean, in Europe, nations have debated reopening even after passing their contagion peaks. Britain only began easing lockdown once new deaths, hospitalizations and infections had clearly topped out. Still, some public health experts believe the government has acted too soon and there will likely be a new rise in infections.

Russian officials say that the nation is now past its peak, making it safe to gradually ease restrictions, even though some experts warn that the significant daily increase of about 9,000 cases makes it dangerous to do so quickly. On Monday, non-food retail stores, dry cleaners and repair shops reopened in the Russian capital that accounted for about half of the nation’s caseload.

Having seen first-hand the worst of the virus’ damage in Europe, Jesús Gómez-Gardeñes, an associate professor in physics and computational epidemiology at the University of Zaragoza, in Spain, looks on South America’s rush to reopen with concern.

“Opening their doors when we have recent growth in the number of daily cases is something that could be, or is, a catastrophe,” he said. 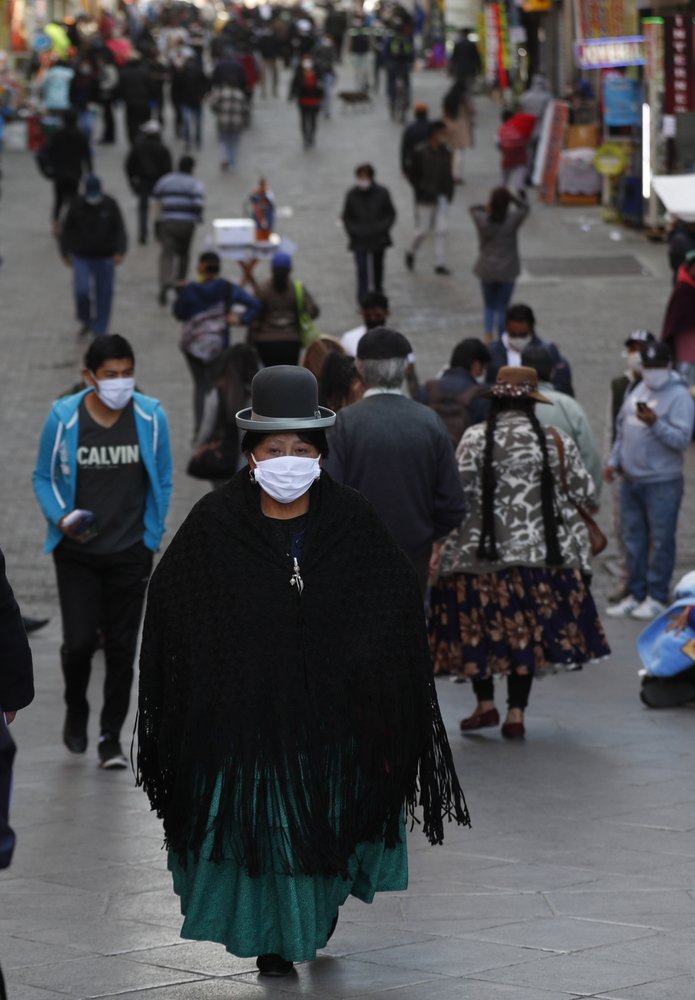 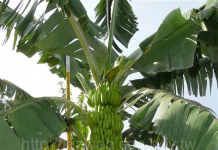 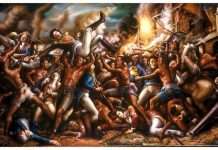 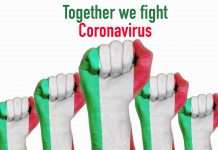 Latin American Leaders To US And China: We Are The World, Bury Hatchet, Work Together On Covid-19 Vaccines And Low-Cost Loans. 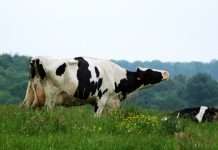 Moo To You Too: Can Caribbean Grow Magic Seaweed That Reduces Greenhouse Gas Emissions From Cows? 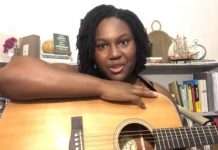 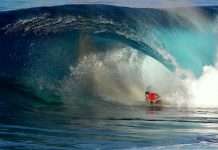