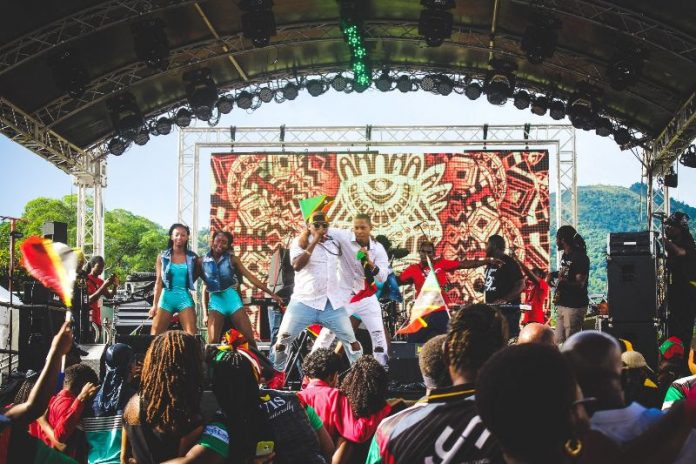 Port of Spain, Trinidad The SKN All Star Band and vocalists — Rucas HE and Deli Ranks — were in top form Monday as they “came, conquered and delivered” according to the Trinidadian Master of Ceremonies, while giving a high energy performance that spoke to intra-regional relations at Carifesta 14.

Rucas HE (Casim Pemberton) and Delly Ranks (Delroy Huggins) are both staples on the soca circuit in St. Kitts and Nevis and throughout the region — both having won soca monarch titles on multiple occasions.

After their set, the emcee heaped high praise on the performers, saying “St. Kitts and Nevis all you mash up de place. I have to bring the audience back down to regular temperature!”

The culminating soca piece encouraged St. Kitts and Nevis delegates to find a new friend and hug them. Minister of Culture in the Nevis Island Administration, Hon. Eric Evelyn, was among those leading the charge at the festive affair as those in attendance bounced, waved flags, clapped and danced.

The SKN All Star Band was led by Nigel Williams, music specialist in the Ministry of Culture.

Anticipation is high for St. Kitts and Nevis country night Aug. 22, which features an extended presentation of the Federation’s culture through song, dance, spoken word and drama. 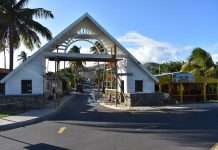