St. Kitts and Nevis formalizes relations with Republic of Mozambique

As Commonwealth partner countries, St. Kitts and Nevis and Mozambique already work collaboratively in championing common causes such as sustainable development and  small states vulnerability among many issues affecting developing countries. This was acknowledged by the Mozambican colleague during his brief remarks when he said that although it was not a prerequisite for cooperation, he praised the importance of the formalising of relations as a symbol of the two countries intent to cement their relationship. He also expressed his personal admiration and that of his country’s admiration for the outsize international role and advocacy work of the Caribbean on global commons.

High Commissioner Isaac praised the signing ceremony as an opportunity to build greater people-to-people linkages and government-to-government partnerships. Isaac also spoke to the ongoing commitment of Foreign Minister Brantley and the Unity government of St. Kitts and Nevis to build enduring bridges of friendship across the Atlantic, as well as to working ever more closely within bilateral and multilateral frameworks among likeminded countries to advance our national agendas globally.

Isaac expressed confidence that today’s signing “marks another important step in allowing our two countries to build greater awareness about opportunities for our people and to benefit from our shared experiences and cooperation.” 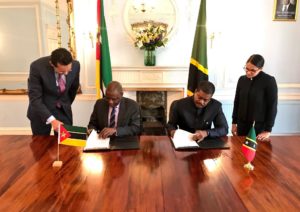 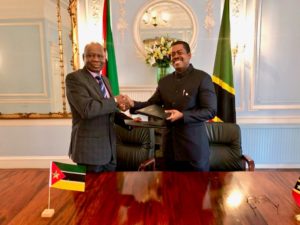