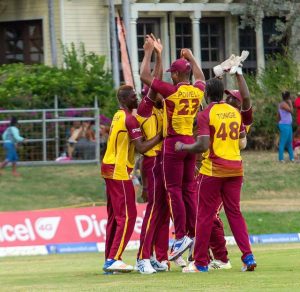 Cricket has become very popular in St. Kitts and Nevis.

The investment in the sporting infrastructure in St. Kitts and Nevis over the past 25 years continues to bear fruit and has positioned the twin-island Federation to be a major player in the game of cricket for a long time.

Vernon Springer, the Cricket Operations Manager for the Leeward Islands Cricket Board (LICB) shared the remarks during an interview on Tuesday. The comments were a follow up to a statement he made on Monday at a welcome home ceremony for the newly-elected President of Cricket West Indies, Richard “Ricky” Skerritt.

The major investment began in early 2000 with a redevelopment project of Warner Park in preparation for the ICC Cricket World Cup in 2007. This resulted in the creation of an international cricket stadium at Warner Park, which has hosted a number of world-class matches featuring West Indies Cricket, and the Caribbean Premier League (CPL).

The facility is also home to the St. Kitts & Nevis Patriots Cricket Team, which plays in the Caribbean Premier League (CPL). The Leeward Island Hurricanes is also based in St. Kitts.

Springer said the quality sporting infrastructure is also complemented by strong support from public and private sector agencies as well as a wide variety of accommodation options for visiting team and officials. He added that the election of President Skerritt, who is a national of St. Kitts and Nevis, adds to the regional concentration of cricket in St. Kitts and Nevis.

“St. Kitts and Nevis now becomes the home of the St. Kitts & Nevis Patriots, of the LICB, of the Leeward Islands Hurricanes, and now the Cricket West Indies President,” he said. “We are very well poised.”

Springer said his team intends to work very closely with members of the local cricket fraternity and government to ensure that developmental programmes for players will continue. This is expected to translate into more boys and girls being exposed to and encouraged to get in the game.