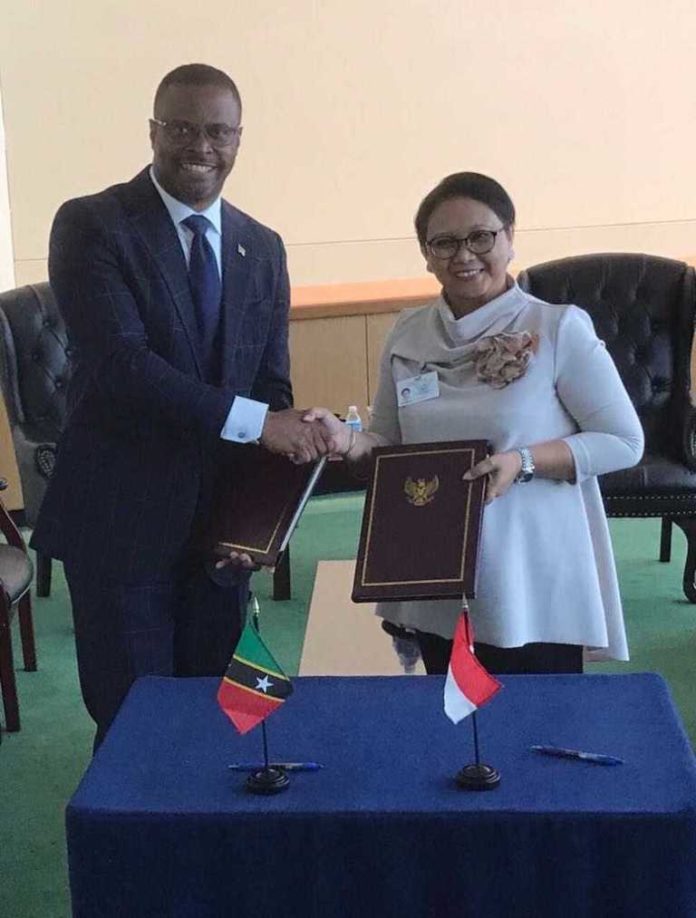 St. Kitts and Nevis signs visa waiver agreement with the Republic of Indonesia

MOFA – To bring the curtain down on a vigorous schedule of bilateral engagements in the margins of the 72nd session of the United Nations General Assembly, Foreign Minister the Honourable Mark Brantley, on behalf of the government of St. Kitts and Nevis, signed a reciprocal waiver of visa requirements for holders of diplomatic and service/official passports with Her Excellency Retno Marsudi, foreign minister of Indonesia.

In fact, this is a critical move for the people-centered Team Unity government, said Minister Brantley, as it continues to vigorously implement “people-to-people" diplomacy as a fundamental component of the federation’s strategy to expand the country’s global diplomatic footprint.

More than 60 nationals of the federation benefited from the exercise and Indonesia promised to provide the opportunity for the top participants to attend a similar course in Indonesia in the very near future.